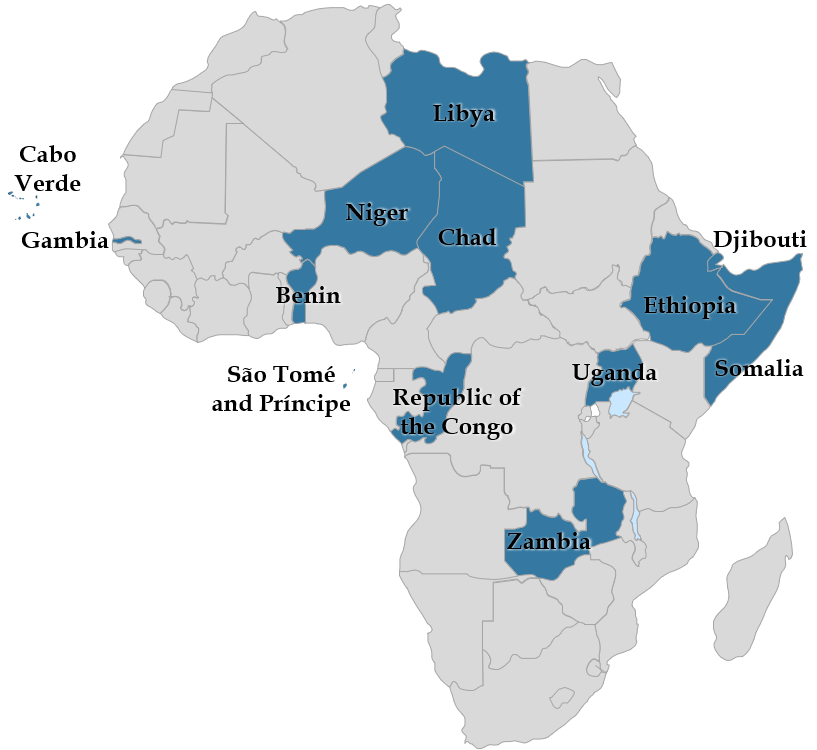 The year 2021 is poised to be a busy political season for the African continent with more than 13 countries heading to the polls to elect new leaders, notes analyst Stephen Kafeero.

The key elections focused are presidential and parliamentary races. There are also notable legislative or local elections this year in South Africa, Somalia, Central African Republic, Gabon Madagascar, Cote d’Ivoire, Chad, and Morocco, he writes for Quartz Africa. Even though long-standing autocrats, disputed elections and, more recently, social media blocks and internet shutdowns continue to grab the headlines, democracy is evolving across the continent. 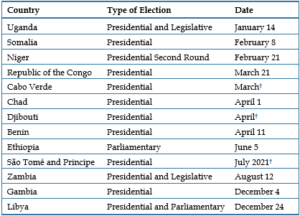 Reflective of the democratic backsliding observed on the continent in recent years, more than a third of these polls are little more than political theater – aimed at garnering a fig leaf of legitimacy for leaders who arguably lack a popular mandate, note Joseph Siegle and Candace Cook, Research Director and Research Assistant at the Africa Center for Strategic Studies, respectively:

Leaders attempting to circumvent term limits are a prominent feature in this year’s line-up, shaping nearly half of the elections, and showcasing some of Africa’s longest standing heads of state.  A fundamental question for this year’s elections, therefore, isn’t just about who will win, but how these leaders will be viewed afterward. Will the same level of legitimacy be conferred on leaders who stay in office via these stage-managed processes? Until these leaders bear a reputational cost for lowering the bar of electoral integrity, this trend can be expected to continue.

Three in four Ugandans say they expect vote counting to be more accurate at their polling station than at the national tally centre in the capital city, according to a nationwide survey released by Afrobarometer* on Jan.12 in Kampala, Ronald Musoke writes:

While three quarters (76%) say they think the tallying of elections would be at least “fairly accurate” at their own polling station, only one in three (34%) has confidence in vote counting at the national tally centre in Kampala. Fewer than half (44%) of citizens expected the 2021 election to be “completely free and fair” or “free and fair with minor problems,” the latest Afrobarometer survey indicates.

In short, elections are not a substitute for reconciliation and peacebuilding,” Siegle and Cook add. “Without a commitment to a democratic system and lacking the checks and balances inherent in such a system, elections become just another polarizing competition by which rival forces attempt to gain power and an illusion of legitimacy.”