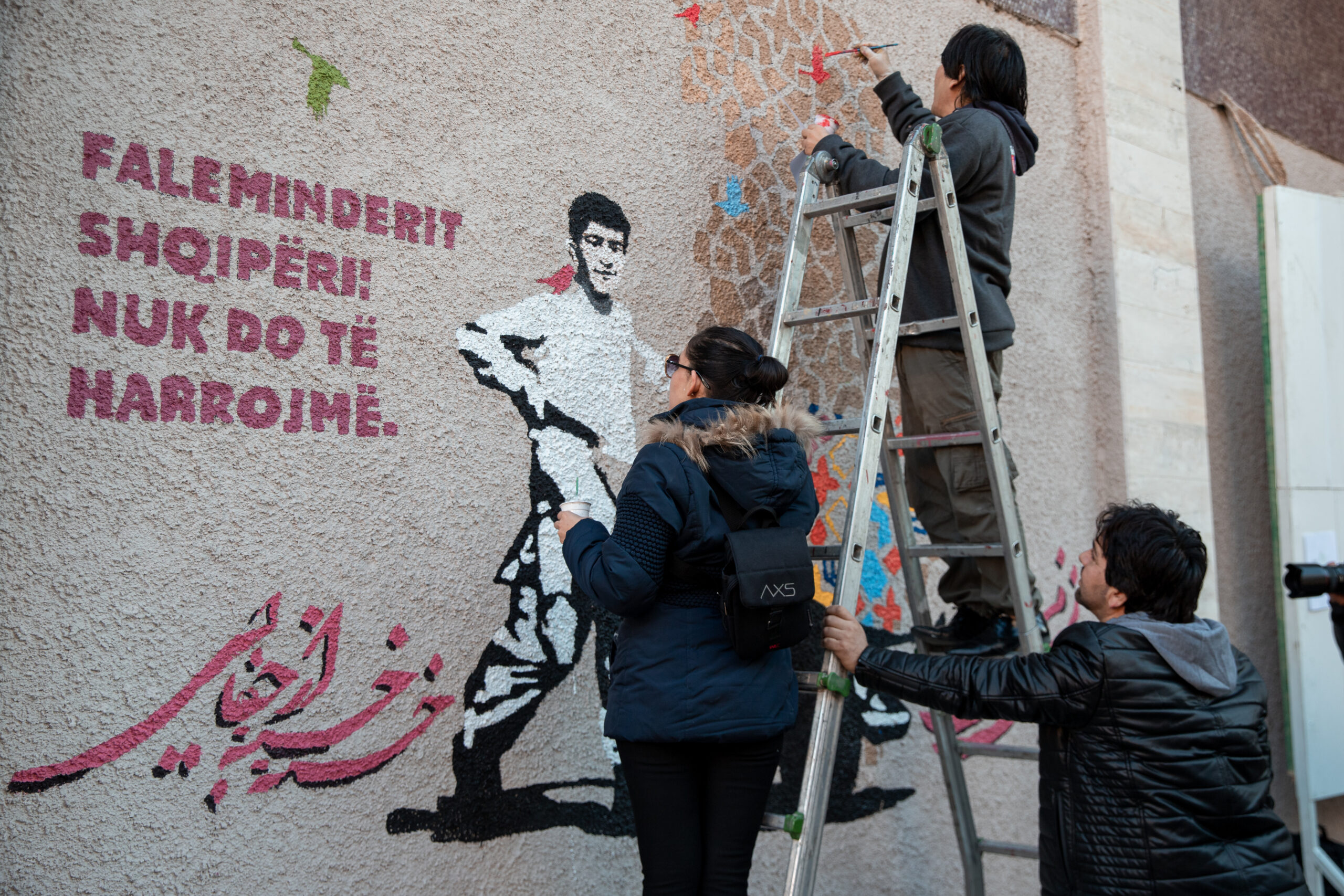 NED grantee ArtLords painted a mural in Tirana to express gratitude to the people of Albania on behalf of evacuees from Afghanistan. (Photo by Idit Riza)

When The FT’s Alec Russell was last in Albania, 30 years ago, it was the basket case of Europe. Now, inspiringly, Albania has inverted that narrative and become a haven for Afghan refugees, he writes.

The Afghans now in Albania mainly worked in civil society and are supported by a range of organizations, including the National Endowment for Democracy (NED), the Yalda Hakim Foundation, named after the BBC presenter, and George Soros’ Open Society Foundations, Russell adds:

The man who made the decision to take in the Afghans is sitting behind a vast wooden desk in Tirana covered in hundreds, literally hundreds, of crayons and pens. … Edi Rama, Albania’s Renaissance prime minister, is a former art professor, who remarkably has continued to exhibit his work even while serving as prime minister. When I ask why he led the way in volunteering to take in Afghans — at a Nato meeting several months before the fall of Kabul — he looks a little exasperated over my implicit suggestion that he did something special.

“Why? Why what? It’s not about giving shelter to people in general. It’s about this particular people, the people of Afghanistan, and not all of them, but those who engaged in [building] a better Afghanistan.”

NED grantee ArtLords coordinated the painting of a mural in Tirana to express their gratitude to the people of Albania, adds NED President and CEO Damon Wilson:

With the support of Prime Minister Edi Rama, who is also a prominent artist, I was honored to join Albanian Foreign Minister Olta Xhaçka and Tirana Mayor Erion Veliaj in the creation of the mural, shoulder to shoulder with our Afghan friends. I was also inspired to see how our grantees and partners in Albania have joined the effort to assist these fellow democratic activists to rebuild their lives and continue their work.

It is this kind of collaboration and solidarity that is the key to reinvigorating the worldwide movement for democracy, the NED’s Wilson notes. And it forms the basis of NED’s plan to meet this moment by adapting for the future. As freedom is under intensifying pressure globally, NED is innovating to face emerging complex challenges to democracy. We are adapting so we can better nurture the democratic resilience and unity required for democratic renewal, he writes in his review of 2021. RTWT

The Afghans now in #Albania mainly worked in civil society & are supported by a range of organisations, including @NEDemocracy @BBCYaldaHakim & @OpenSociety, the @FT reportshttps://t.co/PwvTd7i1rf