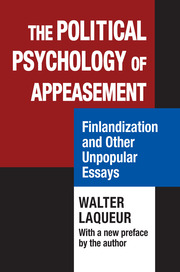 Russian President Vladimir Putin needs China to balance against the West, says Robert Kaplan, chair of geopolitics at the Foreign Policy Research Institute. Since it is the West, in his view, that has helped install a hostile regime in Ukraine, whose border is less than 300 miles from Moscow, and would like to install a similarly hostile and democratic regime in Belarus, also relatively close to the Russian capital.

What we see as potential or fledgling democratic states, Mr. Putin sees as vital parts of the former Soviet Union, a great power whose sprawling territory was based on czarist imperial conquests, he writes for The Wall Street Journal:

Putin’s goal isn’t only to restore the former Soviet Union in some form or other, but to
establish a zone of influence throughout Central and Eastern Europe that approximates
the borders of the former Warsaw Pact. Rather than direct rule through brotherly
Communist parties—which proved too expensive and helped bring down the Soviet Union
—Mr. Putin’s model is a form of mass Finlandization, in which the countries from Berlin to
the east and to the southeast will know exactly what red lines not to cross in terms of
Moscow’s interests.

Putin seeks a form of mass Finlandization, in which the countries from Berlin to the east & southeast will know exactly what red lines not to cross in terms of
Moscow’s interests, says Robert D. Kaplan @FPRI https://t.co/3ONRsK1nJ6 via @WSJOpinion