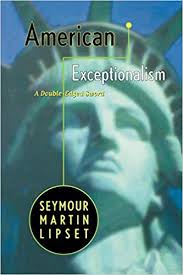 Franklin D. Roosevelt once spoke of the United States as an “arsenal of democracy”; today, an arsenal of autocracy is forming as authoritarian states seek to put pressure on America’s political and economic model, notes JAKE SULLIVAN, a senior fellow at the Carnegie Endowment for International Peace. It’s time to rescue the idea of American exceptionalism and let it guide policy at home and abroad, he contends.

Most people are familiar with the standard story of how [U.S. national] characteristics have guided American foreign policy in the modern era. The United States stopped Hitler’s Germany, saved Western Europe from economic ruin, stood firm against the Soviet Union, and supported the spread of democracy worldwide. This story has always been compelling. It is also incomplete. Americans are no longer buying it at face value, he writes for The Atlantic:

No vision of American exceptionalism can succeed if the United States does not defeat the emerging vision that emphasizes ethnic and cultural identity and restore a more hopeful and inclusive definition: a healthy democracy, shared economic prosperity, and security and freedom for all citizens to follow the paths they choose. This requires domestic renewal above all, with energetic responses at home to the rise of tribalism and the hollowing-out of the middle class. Foreign policy can support that renewal, while dealing effectively with external threats. These fall into two categories, adds Sullivan, formerly the national-security adviser for Vice President Joe Biden, the director of policy planning at the U.S. Department of State, and the deputy chief of staff for Secretary of State Hillary Clinton: 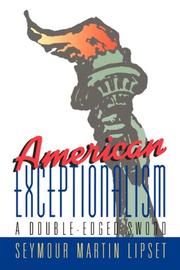 A further attribute of America’s exceptional role is that the country is more willing than other advanced democracies to wield power in all forms, he adds. This is in no small part because Americans see themselves (rightly or wrongly) not as choosing to act but rather as called to act, by circumstances or by other nations. RTWT

Sullivan makes clear how chastened many “liberal interventionists” (this is a category in which I include myself) have become in the wake of military efforts in Libya, Iraq and Afghanistan that have arguably left those countries worse off, New America’s Anne-Marie Slaughter writes for the FT:

Yet Mr Sullivan still sees the US as “the indispensable nation”, militarily and diplomatically. Moreover, Mr Sullivan is inspired by the notion that America is not only a country but an idea — of liberty, equality and justice — that has become a vehicle of universal aspiration. It is an idea that Democrats should not relinquish, even as we understand the horrific consequences of many of America’s actions around the world.

As Sullivan rightly, notes “the kicker” is that global threats cites can neither be effectively addressed by the US alone, nor if it sits on the sidelines. But the rhetoric of exceptionalism itself tends to alienate potential allies, especially in Europe, and particularly when it takes the form of American “exemptionalism”.