Russia’s geopolitical capability has also declined, according to the Henry Jackson Society, a London-based think-tank. 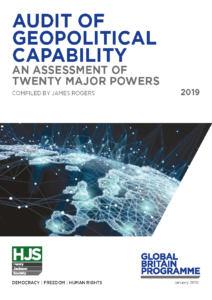 Russia’s decline and Australia’s rise mean that Australia has overtaken it on the global stage and should join the G8, taking the seat that Russia has lost, says the Society’s annual ‘Audit of Geopolitical Capability,’ which gauges the major powers’ capacity to implement power, ranking states according to four primary categories of capability: national ‘base’, ‘structure’, ‘instruments’ and ‘resolve’.

“All my life I lived in a country where the most dangerous people are not the bandits or the criminals but the government,” said Mikhail Khodorkovsky, a leading critic of the Kremlin.

Three suspicious killings in the Central African Republic prompted the formation of his new foundation, Justice for Journalists, he told Jeffrey Gedmin, the editor-in-chief of The American Interest:

Jeffrey Gedmin: Why is journalism a priority for you? Why did you undertake this new foundation? 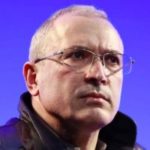 Mikhail Khodorkovsky: I personally encountered a situation where journalists executing their job were killed. I had heard a lot about stories like this, but this was the first time when I personally encountered one. And I started to ask questions, I got interested in how often does this happen. As it turns out, it happens a lot. So I was curious to find out how often the investigation yields results—and even how often the case is investigated, to start with. As I found out, this happens quite rarely. And I thought it’s really important to demonstrate that investigations of journalist killings should take place, because if they do take place, they raise the cost for the killers. If we cannot completely protect the journalist in the first place, then at least we could raise the cost. RTWT

Latvia’s decision to open up its Soviet vaults represents a momentous step in coming to terms with a totalitarian past, notes Vladimir V. Kara-Murza, Vice Chairman of Open Russia.
By refusing to account for the Soviet past, Russia’s democratic leaders sealed their own fate, he writes for The Washington Post:

“I told members of the Russian government [in 1992]: ‘Be careful, it’s like dealing with a wounded beast. If you don’t finish it off, it will attack you,’” Soviet-era dissident Vladimir Bukovsky said. The comeback took just seven years: On New Year’s Eve in 1999, a former officer of the Soviet KGB took Yeltsin’s place in the Kremlin. A small reminder of how dramatic the comeback has been came in the same week as Latvia’s publication of its KGB documents, when a Moscow court upheld the Vladimir Putin government’s de facto justification of Soviet state terror by dismissing a lawsuit against FSB Director Alexander Bortnikov. In an interview with the main government newspaper, Bortnikov rationalized the mass Stalin-era purges as “local excesses.”

The methods used in the Baltic states and across Europe could provide a powerful new deterrent against Russian influence in the West, argues Terry Thompson, an Adjunct Instructor in Cybersecurity at the University of Maryland, Baltimore County:

Disinformation is a key part of Russia’s overall effort to undermine Western governments. As a result, the battle is ever-changing, with Russians constantly trying new angles of attack and target countries like the Baltic nations identifying and thwarting those efforts. The most effective responses will involve coordination between governments, commercial technology companies and the news industry and social media platforms to identify and address disinformation.

The U.S. could also mobilize volunteers to boost citizens’ and businesses’ cyberdefenses and teach people to identify and combat disinformation, he writes for The Conversation.

Disinformation is a serious problem. It is used by the Kremlin as a means of gaining power in Russian domestic and foreign policy, and it undermines trust in free and independent journalism, adds StopFake.org:

But despite the seriousness, disinformation can also be funny when those who try to mislead audiences make mistakes and get exposed; this demonstrates the limits of disinformation as a power tool. 2018 saw many such awkward cases when clumsy attempts to disinform were scrutinised by fact-checking journalists.

Five years after the revolution at Maidan, Ukraine faces a very limited choice: either giving in to Russian aggression or tolerating domestic corruption, Angelina Kariakina argues in The double threat to Ukrainian democracy. Martial law was recently imposed after Russia blocked the Azov Sea, yet official reasons for the state of emergency seem to disguise political power play, she writes for Eurozine, a partner of the National Endowment for Democracy. Read in: EN

In “Operation Infektion: Russian Disinformation from Cold War to Kanye (above),” New York Times correspondent Adam B. Ellick and film actor Adam Westbrook  have produced a three part online film series on Russia’s use of disinformation and fake news against the West.  Episode 1 looks at the Soviet Union’s pre-Internet campaign to portray AIDS as a US biological weapon in 1984.  Episode 2 examines “the seven rules of Soviet disinformation”.  Episode 3 explores ways in which governments worldwide are responding to disinformation.