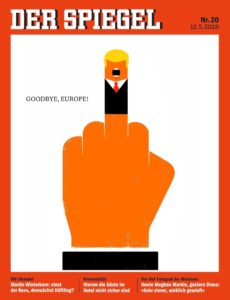 During World War II and beyond, the United States was always the anchor of democratic values and an international world order that secured peace and prosperity. What happens when the United States abandons that role? The Washington Post’s Jennifer Rubin writes.

“Just as our American democratic systems have proved resilient and independent, e.g., rule of law in the form of prosecutors, plaintiffs and judges, so too with the international order, so far,” says former White House ethics lawyer Norman Eisen, the author of “The Last Palace.” 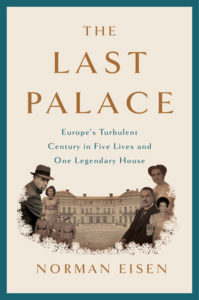 We Americans are properly focused on the deterioration of our own institutions, but we should also devote energy to helping democracy abroad. It’s not just the right thing to do: It’s expedient. The stronger the flame of democracy burns in Europe, the more light it casts on our shores, he writes for The Post.

But how best to help? My experiences fighting the illiberal surge during my four years as ambassador, and the lives of those who dwelled in the ambassador’s residence before me, suggest some answers, adds Eisen. a senior fellow at the Brookings Institution, chairman of Citizens for Responsibility and Ethics, and a former U.S. ambassador to the Czech Republic.

But if shared values and norms are the foundation of the liberal world order, what are they? analyst Madeleine Schwartz asks. The US and Germany, to use the example of two countries on either side of the Atlantic, are both representative democracies, that is true. It does not take a lot of digging to see clear differences in norms and values in their political systems, she writes for The Guardian. Yes, both countries value “freedom” and “democracy”, but their systems seem most aligned when viewed in the abstract, or across an ocean. 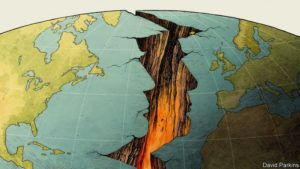 Self-reflexive and defined in part by self-preservation, these institutions push the idea of European-American relations as the central axis of world power. In the language of thinktanks and funds, “Atlantic” designates not a real set of values so much as an empty form that can be filled with whatever meaning its organisers want: liberal democracy, the diplomatic partnership between the US and Europe, or the simple continuation of structures set up after the second world war and not redefined since.

The postwar order seems poised to continue eroding, without a clear alternative in the offing. But straining to refract today’s disorder within a Cold War prism is misguided: a strategy that was designed to counter a single nemesis is likely to prove of little prescriptive value in addressing a panoply of geographically and topically diffuse challenges, especially given how much larger a role nonstate actors and information technology play in shaping policy priorities, notes RAND policy analyst Ali Wyne.

Nor would it be accurate to suggest that we have entered into a new Cold War simply because great-power competition is becoming more salient, adds Wyne, a former Penn Kemble fellow at the National Endowment for Democracy, citing some notable differences between the period of U.S.-Soviet competition and the present era of world affairs:

This last comparison is one of the reasons why nostalgia for the Cold War seems misguided: the world is less violent, Wyne observes. RTWT

If managed properly, joining NATO would enhance Finland’s and Sweden’s defensive capabilities, strengthen European collective security, and improve the prospects of a liberal world order struggling against a host of relentless illiberal adversaries, analyst Michael Miklaucic writes for The Hill.