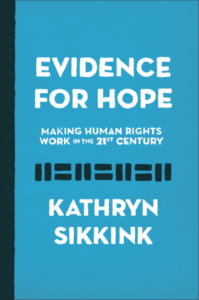 In her book Evidence for Hope: Making Human Rights Work in the 21st Century (Princeton University Press, 2017), Kathryn Sikkink reminds us that one of the successes of the human rights movement is drawing attention to an ever wider range of violations around the world, the University of Minnesota’s Barbara Frey and Laura Bloomberg observe:

At the same time, academic critics like Yale University professor Samuel Moyn are busy pointing to the inadequacy of the human rights movement to cure global inequality. They suggest that the human rights project is “not enough” because it has not generated economic and social equalities and is instead merely a byproduct of neoliberalism during “a golden age for the rich.” Others complain that nascent institutions such as the International Criminal Court are ineffectual and overreaching. 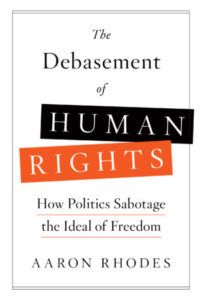 In his essential and long-overdue book, The Debasement of Human Rights, veteran rights activist Aaron Rhodes elucidates the pernicious ideology behind much of what passes for today’s human-rights movement, notes James Kirchick, a visiting fellow at the Brookings Institution. Since the concept of “human rights” was established in the wake of the Second World War, progressives of various stripes have conflated natural rights—those basic liberties endowed to all men by virtue of their being human—with “social rights,” which are basically just a plethora of welfare-state benefits. “The concept of human rights,” according to Rhodes, “has been swept into a broad river of campaigns for social justice, global economic development, environmental protection, multiculturalism, tolerance, access to water and sanitation, and more,” he writes for Commentary:

Rhodes takes aim at three political systems whose advocates have abused our understanding of human rights to forward their own illiberal agendas: socialism, Eurasianism, and Islamism. The origins of the debasement of human rights lie with the United Nations’ 1948 Universal Declaration of Human Rights. This document included economic and social rights as a concession to Eastern Bloc states that needed the “illusion of upholding human rights” as they brutally repressed them. Today, the “post–Cold War human-rights dogma” that informs the views of most people working in the field “resembles the ideology of the states that did not survive the Cold War.”

As for Eurasianism and Islamism, both insist on heavy censorship in the furtherance of their vision of a just political order, adds Kirchick, a former Penn Kemble fellow at the National Endowment for Democracy.