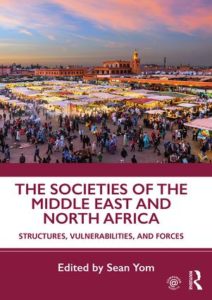 The social history of the MENA region is a history of social mobilization and the emergence of civil society. Across the Arab world, ordinary citizens have collectively engaged in resistance, advocacy, and contention to advance their desires for as long as there have been authoritative structures of oppressive power, Sean Yom writes in Societies of the Middle East and North Africa: Structures, Vulnerabilities, and Forces (Routledge, 2019).

Events from the Ottoman Empire to the turbulent decades of European imperialism validate this. In turn, social mobilization has been shown to be not a univalent dynamic produced purely through public action, but also shaped by social, economic, and political responses. Thus, the transition to post-colonial sovereignty and the rise of new authoritarian regimes in the Arab world was marked by the suppression or manipulation of many civic formations that could have formed the basis of an independent and autonomous public sphere, one that might have directly challenged rulers.

The end of the Cold War marked a renaissance of social activism and civil society, as individuals formed and joined an incredible spectrum of interest groups ranging from religious organizations, such as the Muslim Brotherhood, to service providers, professional associations, cultural forums, and pro-democracy entities. While governments found ways to contain or deflect such pressures from below, they were not prepared for the Arab Spring, which temporarily overlaid the formal landscape of civil society with a torrent of informal mobilization originating from that which rulers could not police directly – the emotive calculations of ordinary citizens, who sought to shatter the boundaries of organized politics and instead directly enact their demands. Though nervous authorities since have sought to clamp down further on the margins of civic action, the history of the region and the prolonged engagements of many people with issues of importance suggest that the question of future social mobilization, and perhaps another Arab Spring, should be framed in terms of not if, but when. 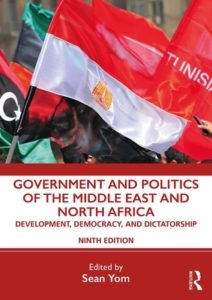 The globalized tastes and consumptive fashions of MENA youth point to more fundamental historical reality, one that helps situate the political values and orientation of young people in context. Youths in the Middle East today share the collective experience of living in a twenty-first century defined by rapid change. Most lack the memories and events that punctuated the lives of their parents and grandparents, which forged the identities of their nations and laid the foundations of political order. In Israel, for instance, it has been decades since the military has deployed its young conscripts for battle on a national basis. In Turkey, unlike past generations, today’s youth have come of age under an elected government that has resisted temptations of military coup d’état. In Iran, young citizens are not the revolutionaries who overturned the monarchy in 1979 and installed the Islamic Republic; they are their descendants.

Yet nowhere is the generational divide strongest than in the Arab world. Arab youths came of age during the Arab Spring, a period of extraordinary uncertainty and unrest that saw seemingly invulnerable dictatorships in countries like Tunisia, Egypt, Libya, Syria, and Yemen buckle to uprisings led not by intellectuals and elites, but by everyday people. However, even before this historic tumult, it was clear that young Arabs were being raised in a very different political environment than their parents, adds Yom, Associate Professor of Political Science at Temple University and Senior Fellow at the Foreign Policy Research Institute:

Yom’s forthcoming Government and Politics of the Middle East and North Africa: Development, Democracy, and Dictatorship (above) analyzes the historical trajectory, political institutions, economic development, and foreign policies of the region’s states and regimes.