Civic education can be a vital antidote to disinformation, observers suggest. For a new generation of young Americans, “civics class has come to them,” notes New York Times columnist Timothy Egan, forcing them “to learn how to use the tools of democracy that were largely denied them by passive educators,” he writes:

It’s no secret that in the rush to produce adults who are adept at applying science and technology to modern life, we left them ill-trained in the basic duties of citizenship. Nearly a third of Americans cannot name a single branch of government, and almost 40 percent are unable to cite a right guaranteed by the First Amendment.

Critical thinking has arrived at a critical time, he adds.

Nearly three years after a Russian propaganda group infiltrated Facebook and other tech platforms in hopes of seeding chaos in the 2016 US election, Facebook has more fully detailed its plan to protect elections around the world. These approaches are promising, but far from comprehensive, WIRED adds:

The company has historically done little to prevent its users’ data from falling into the wrong hands. That valuable information can be used to target people in ways that Facebook has no control over. Perhaps the most worrisome part of Facebook’s plan to defend democracy, though, is that it has yet to be battle tested.

In its propaganda, the Putin regime has mastered a striking combination of ideology and cynicism, or, more precisely, cynicism elevated to the rank of ideology, says Russian journalist Kseniya Kirillova. Its propaganda plays on a wide variety of sensations, skillfully reducing them all to the desired result, she writes for Euromaidan Press, summarizing the human instincts to which it appeals: 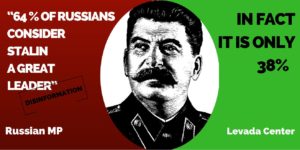 The Kremlin creates new alliances with like-minded rulers who hold absolute power like Recep Tayyip Erdogan in Turkey and Bashar Assad in Syria, using tactics such as social media control and the spread of propaganda to shape social support. It is a foreign policy based on aggressive disruption and disinformation, she writes for The Conversation.