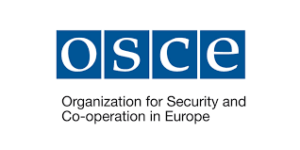 For more than a decade and a half, autocratic regimes have made a concerted effort to hollow out from within critical institutions safeguarding fundamental freedoms, notes Christopher Walker (@Walker_CT), the vice president for studies and analysis at the National Endowment for Democracy (NED).

The unprecedented and brazen move by the Russian government to block an annual human rights meeting is a blow to a key transatlantic institution, the Organization for Security and Cooperation in Europe (OSCE), with implications beyond the transatlantic community. Any response to this challenge itself must be pursued on multiple fronts, he writes for Just Security,  including:

In essence, the autocrats are renegotiating standards that a quarter center ago seemed non-negotiable, Walker adds. One must reckon with the notion that the longstanding corrosive efforts of the Russian authorities, for example, to challenge and attack key rules-based institutions in the European context helped pave the way and give permission to the behavior that has emerged from other countries, including EU member states such as Poland and Hungary. RTWT