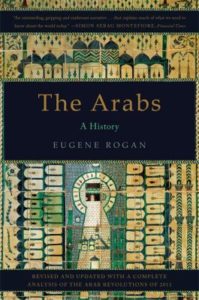 Recent disturbances in Arab countries have not yet become as far-reaching as what ensued after a Tunisian fruit vendor immolated himself in protest nine years ago, but observers are already talking about an Arab Spring 2.0, notes analyst Paul Pilar. Extensive unrest has materialized in the streets of Iraq and Lebanon, along with less salient protests in Algeria, Sudan, and elsewhere. Two striking aspects of the current protests stand out and are relevant to Western policies toward the region, he writes for the National Interest:

Suddenly it no longer looks like the Arab Spring ended or failed, a leading expert suggests. It looks as though what started in 2011 is continuing, with setbacks and interruptions but continuing nonetheless. Without ever mentioning democracy, the Arab peoples are demanding government accountable to the people, they are demanding social justice, and they are rejecting autocracy and kleptocracy, says Eugene Rogan, Director of the Middle East Center at St. Antony’s College, Oxford University, and author of The Arabs: A History (above, Penguin 2009) and The Fall of the Ottomans: The Great War in the Middle East, 1914-1920 (Penguin 2015).

In 2011, Arab states split into three categories, he writes for Carnegie’s Diwan bulletin:

The anti-government protesters filling Lebanon’s streets have been unappeased by proposals to cut politicians’ salaries, recover looted money and create a national anti-corruption commission. […]Some want a redrawing of the entire political system that would eliminate the religion-based framework they blame for empowering inept leaders who serve themselves and perhaps their coreligionists rather than the country, according to Bloomberg (HT:FDD).

To ensure that the 2011 spring is not revived, Arab governments, with the exception of Tunisia, have passed draconian laws limiting citizens’ freedoms, according to Amr Hamzawy, Senior research scholar at the Center on Democracy, Development, and the Rule of Law in Stanford University’s Freeman Spogli Institute for International Studies:

They have extended the reach of the security services to keep opposition groups and pro-democracy activists in check. Furthermore, Arab governments have allocated more and more of the scarce resources in their states to regime loyalists in the upper echelons of corrupt state bureaucracies and to crony business communities. They have used vast media arsenals to create personality cults around the rulers—presidents, kings, or crown princes—who have been portrayed as their nations’ sole saviors.

Yet, toward the end of 2018 and throughout the last months of 2019, Hamzawy adds, Arab governments unexpectedly started to face popular challenges to their hopes for a Pax Autocratia.

Since 2011, the range of transformations that have taken place in the Middle East and North Africa has left very little settled. Notions of governance, popular participation, pluralism—in essence the relationships that tie citizens to their governing structures—are still being negotiated and hashed out, notes Intissar Fakir, a fellow in the Carnegie Middle East Program, and editor of Sada.

The difficulty in overcoming the informal capture of the state by regimes through the corrupted formal means they enjoy—such as parliament, electoral processes, and political parties—is likely to push Arab societies to continue to push against those in power through unauthorized mass protests, resistance to iniquitous bureaucracies, and the proliferation of local political debates. The rupture seems inevitable although the outcomes are still unclear, adds Amel Boubekeur, Researcher at the Ecole des Hautes Etudes en Sciences Sociales, the School for Advanced Studies in the Social Sciences, in Paris.