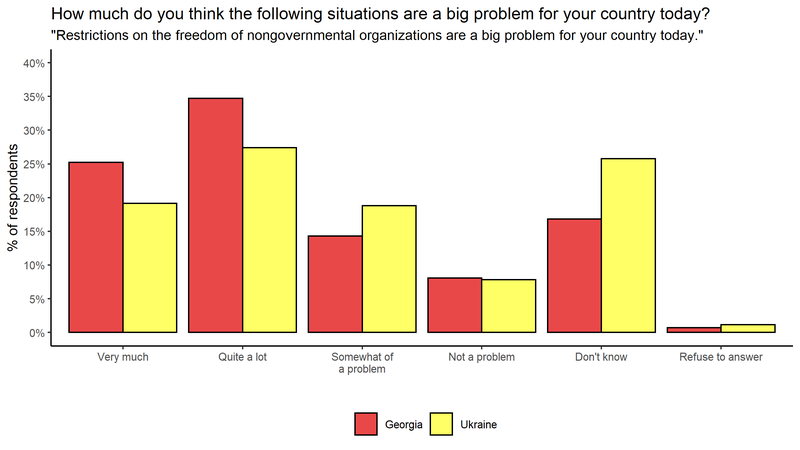 Here’s what people in Georgia and Ukraine say, according to a recent survey conducted by the Kyiv International Institute of Sociology (KIIS) and the Caucasus Research Resource Center (CRRC), Gerard Toal, John O’Loughlin and Kristen M. Bakke. Citizens in Georgia and Ukraine face competing narratives about civil society, from their own governments, from activists, and from competing geopolitical powers, they write for Open Democracy. While government and activists positions are known, we know less about what ordinary people think. In Ukraine, for example:

Worries about civil society restrictions have not gone away under President Zelensky. In March 2020, activists expressed fears of a backsliding on democratic reforms, citing the appointment of the country’s new general prosecutor, Iryna Venedyktova. A few weeks earlier, Venedyktova sued both the non-governmental organisation Anti-Corruption Action Center (a National Endowment for Democracy (NED) grantee) for publishing an article alleging her husband was unduly influencing personnel policy at the State Bureau of Investigations, which she currently heads, and the newspaper Ukrayinska Pravda for republishing the article. 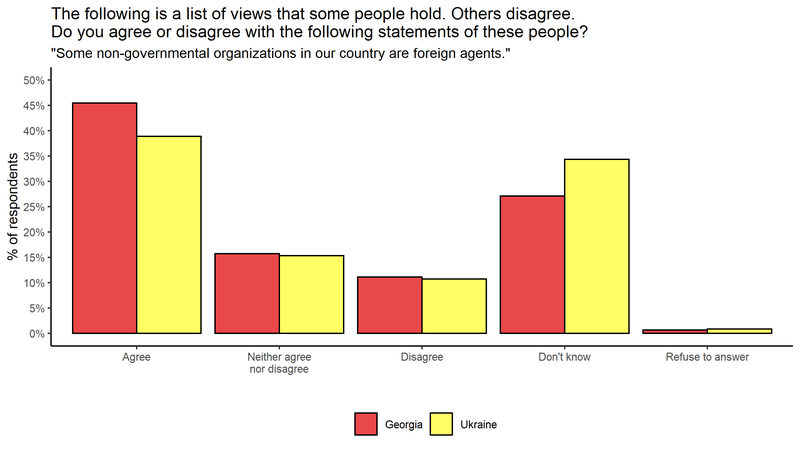 What the data presented here suggest is that while more people are concerned about restrictions on the freedom of civil society organisations than are suspicious that they are “foreign agents”, they harbor both views, while many are uncertain. RTWT