The U.S. should change its “ambitious post–Cold War habits of sometimes-forcible democracy promotion” and instead protect and advance human rights in “more voluntary and limited ways [such as] providing assistance to democracies in transition,” according to a new RAND analysis.

The U.S. success in the Cold War can be largely traced to prevailing in two fundamental areas. The United States and its democratic allies had much more dynamic societies and economies than the Soviet Union, and Washington created a world whose institutions, geopolitical alignments, and norms tilted heavily in the U.S. direction, Michael J. Mazarr writes in Understanding Competition: Great Power Rivalry in a Changing International Order — Concepts and Theories. Success in the current rivalries will likely be determined by the same two fundamental factors, he contends: 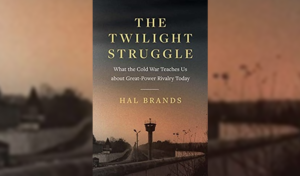 “Competition is a test of systems as much as statecraft,” analyst Hal Brands concludes in The Twilight Struggle: What the Cold War Teaches Us About Great-Power Rivalry Today. “It is a measure of whose political, social, and economic model can best generate and employ power.”

The United States will also need to decide on the precise role of human rights in its foreign policy and what it is willing to do to promote them, Mazarr adds:

It has fallen into rather ambitious post–Cold War habits of sometimes-forcible democracy promotion and protection of human rights, habits that may be misaligned to a world in which more powerful U.S. rivals are willing to disrupt such pursuits. A United States willing to promote rights in more voluntary and limited ways—providing assistance to democracies in transition rather than heaping sanctions and threats of military action on violators, for example—would have a somewhat different conception of success in these rivalries. Read the rest.