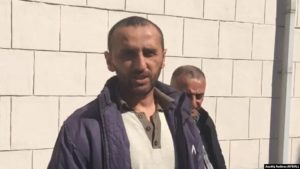 The psychiatric abuse of dissidents widely practiced in the Soviet Union continues as a tool of political repression in Azerbaijan, according to a leading civil society group.

Azerbaijan is “reviving the use of ‘punitive psychiatry’ against the opposition, said Dr. Leyla Yunus, Director of the Institute for Peace and Democracy, citing the case of Aqil Humbatov, a member of the opposition Popular Front Of Azerbaijan (AXCP).

Currently detained in a psychiatric hospital, he is being given a medicine unknown to him and getting injections, which leaves him feeling “lethargic”, she said. “The length of time Humbatov is to be held in the psychiatric hospital has not been stipulated, with there being nothing to stop him remaining there for the rest of his life and he can lose his mind.”

Chief physician A. Rasulov used to work as the chief psychiatrist for the Ministry of National Security of Azerbaijan, the successor to the Soviet KGB, Yunus observes. If Humbatov is not released, she fears that “other oppositionists will be imprisoned in psychiatric hospitals too.” 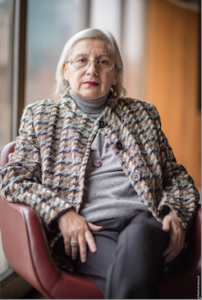 Humbatov’s wife, Aygun Humbatova, told RFE/RL that her husband’s co-workers told her that two men in civilian clothing apprehended the activist in Baku’s Xazar district at around 5 p.m. on April 2. Humbatov told RFE/RL earlier that he was detained on March 30, a day after he placed a post on Facebook that criticized the government and President Ilham Aliyev for ignoring the rights of poor children, many of whom need medical treatment.

Humbatov’s treatment is the most flagrant case of punishment tied to freedom of speech, during the COVID-19 epidemic, IRSF adds. The critic was illegally placed in an asylum and forced to undergo psychological treatment, like they did under the soviet regime to undesirable dissidents, for publicly criticizing President Aliyev.

The children of Azerbaijan’s former security chief Eldar Mahmudov have acquired a number of a luxury properties in Britain, including a $21 million home in London, an investigation revealed, RFE/RL reports:

A joint investigation of the leaked data by reporters from the Organized Crime and Corruption Reporting Project, Finance Uncovered, and Transparency International shows that nearly all the assets were acquired through companies linked to Mahmudov’s son, Anar, 36, and his daughter, Nargiz Mahmudova, 31. Among the properties acquired by the siblings were office blocks in the coastal towns of Poole and Bournemouth valued at around $16.7 million, according to the investigation.

The investigation also revealed that Anar Mahmudov holds the deeds to a four-story property bought for around $21.4 million in Knightsbridge, an upscale neighborhood in London, RFE/RL adds. In 2018, Anar Mahmudov’s mother-in-law, Zamira Haciyeva, who lived in London, was found to have spent more than $21 million at the luxury store Harrods over a decade.