Bahraini authorities have deported eight stateless Bahrainis, whom they had previously stripped of their citizenship, since January 29, 2018, Human Rights Watch said today. The deportations followed an appeals court decision to uphold a 2012 ruling that ordered the deportation and stripping of citizenship of nine Bahraini nationals for “damaging state security.”

Stripped of his Bahraini citizenship and living in London exile, rights activist Sayed Ahmed AlWadaei says he speaks for the hundreds of opposition figures made voiceless by imprisonment back home. Drawing on a network of activists, contacts, relatives of detainees and legal records, he publishes prolifically on developments in the Gulf island monarchy, an ally of the United States and Britain, Reuters reports:

Scores of Bahraini exiles and dissidents live in London, but none campaigns more energetically against their native country’s crackdown on its critics. Authorities in Bahrain tend to call such people – including AlWadaei 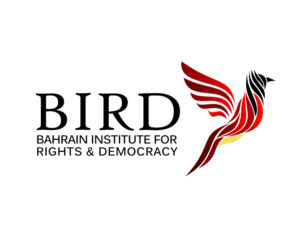 himself – terrorists. He says members of his own family have been detained and tortured in Bahrain in a bid to pressure him into silence.

“It’s crystal clear in my mind that the moment I stop my work, the reprisals against my family will stop,” AlWadaei, 31, told Reuters in an interview from the offices of the Bahrain Institute for Rights and Democracy (BIRD) in central London. “It’s a matter of, will I allow them to break my will, will I allow them to break me by using those harsh tactics? Or will I make it costly for them, for their reputation and their partners to be associated with corrupt human rights abusers?” he said.

BIRD receives funding from the U.S.-based National Endowment for Democracy and a UK foundation, the Sigrid Rausing Trust.