An opinion piece by Chinese media outlet Caixin Global is touting the idea of “globalism with Chinese characteristics,” CNBC reports:

What that really means is that the Chinese government wants significant control over what crosses its borders, even as it champions free trade, said Tom Rafferty of the Economist Intelligence Unit. China wants such “deep government intervention” so that it can maintain stability at home and spread its international influence at the same time, Scott Kennedy of the Center for Strategic and International Studies said in a Twitter post.

The case of Gui Minhai (right) offers a measure of China’s growing audacity in exercising “sharp power,” or the use of sinister tools ranging from economic pressure and cyberattacks to illegal abductions, to silence its international critics, The Washington Post reports:

In October 2015, Mr. Gui, a Hong Kong book publisher and Swedish citizen, disappeared while on a visit to Thailand; it only gradually became clear that he had been secretly abducted by Chinese agents. Last Saturday, a few months after he was finally granted partial freedom, Mr. Gui was again kidnapped by security forces — this time on a train traveling to Beijing, and in full view of the Swedish diplomats who were escorting him.

China has merged state-owned enterprises and is using these titanic companies to develop a global network of infrastructure projects to increase its influence in dozens of countries, notes the University of Auckland’s Nicholas Borroz. At the same time, its economy continues to grow, and its soft power — the spread of its culture, films and TV shows — is reaching new peaks, he writes for The Washington Post. As a consequence, he contends….

We are not seeing a “universalization of Western liberal democracy” and free-market capitalism, as Francis Fukuyama (left) predicted after the fall of the Soviet Union. State-linked forces are major actors in international economics, and the geopolitical benefits they render their controlling governments mean they will stick around for the foreseeable future.

Considerations about Chinese soft power and global political influence “do exist in our agenda,” a Chinese corporate executive told CNBC at the World Economic Forum annual meeting in Davos, Switzerland.

The elite of European and US society are highly suspicious of China’s “Belt and Road Initiative,” argues Tian Feilong, an associate professor at Beihang University’s Law School in Beijing:

The US sees the plan as an attempt to export Chinese capital and economic models to challenge US hegemony, while the Europeans believe China is attempting to “create” two Europes, dividing the richer and more powerful western Europe from the poorer and weaker Central and Eastern European states. Meanwhile, both Europe and the US believe China is boldly challenging the dominance of Western civilisation and its cultural leadership.

China’s growth, increasing soft power and recent strategic initiatives have left the West’s liberal democracies wondering what to do next, notes one observer:

South China Sea — didn’t see that one coming; Asia Infrastructure Investment Bank — we were slow and less than enthusiastic to become involved; Belt and Road Initiative — we are not even in the race. We look like strategic amateurs.

In their National Endowment for Democracy report on “Sharp power,” Christopher Walker and Jessica Ludwig argue that the expansion and refinement of Chinese and Russian sharp power should prompt policymakers in the United States and other democracies to rethink the tools they use to respond, notes Harvard’s Joseph S. Nye Jr.

To respond to the threat, democracies should be careful about offensive actions. Information warfare can play a useful tactical role on the battlefield, as in the war against the Islamic State (or ISIS). But it would be a mistake for them to imitate the authoritarians and launch major programs of covert information warfare. Such actions would not stay covert for long and when revealed would undercut soft power, he writes for Foreign Affairs:

In the realm of defensive measures, meanwhile, there are some steps that democratic governments can take to counter the authoritarians’ aggressive information warfare techniques, including cyberattacks on political processes and elections. Democracies have not yet developed adequate strategies for deterrence and resilience. They will also have to be more attentive to making sure that Russian and Chinese soft power programs, such as Confucius Institutes, do not slip into “sharp” power. But openness remains the best defense: faced with this challenge, the press, academics, civic organizations, government, and the private sector should focus on exposing information warfare techniques, inoculating the public by exposure.

Some U.S. policymakers, influencers, and pundits fear that China is investing in Latin America not for commercial reasons but to buy geopolitical influence, pushing the United States aside, notes George Washington University’s Stephen B. Kaplan, the author of the book, “Globalization and Austerity Politics in Latin America”

The recent National Endowment for Democracy report suggests the China- Community of Latin American and Caribbean States (CELAC) forum, which excludes the United States and Canada, is a “convenient policy framework to introduce and promote its soft power agenda,” he writes for The Washington Post.

Despite Beijing’s efforts to exert influence in Australia, Canberra’s “policy will continue to support the liberal rules-based order,” says analyst Arzan Tarapore (@arzandc). In the strategic competition between its security guarantor America and revisionist China, Australia has made its choice, he writes for War On The Rocks:

This is not cause for complacency – any alliance requires active maintenance to mitigate risks – and there are many opportunities for hard work to develop the alliance. It remains unclear whether economic interdependence can dampen that strategic competition. The outcome of that test is yet unknown – but we can say with certainty that it will affect not just Australia, but all of Asia, including China and the United States themselves. 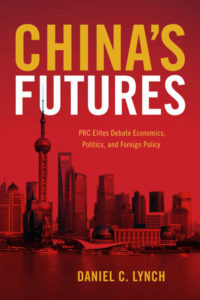 But the Rise of China is over, according to Daniel C. Lynch, Associate Professor of International Relations at the University of Southern California, and the author of China’s Futures and After the Propaganda State; Rising China and Asian Democratization.

“Note, by the way, that in saying the rise of China is over, I am not saying that China is on the verge of a collapse—I am not even certain what a collapse would look like,” he writes for Stratfor:

There are many people outside of China, portentously predicting a collapse, who evidently have in mind something like the disintegration of the Soviet Union—which, given the multiethnic, empire-like nature of the PRC, one could never rule out completely. But after poring over interviews, books, “internal circulation only” (neibu) policy analyses, and open source journals concerning what Chinese elites think the future holds, I found no suggestion that anyone of influence in the PRC expects a collapse—they do however, express anxiety over an impending “leveling off”.

From Bytes to Bucks: Soft Power, Policy, Tech and Culture

Three Wilson Center analysts examine the push and pull between state and society in the expression of cultural values in contemporary technologies, and what this tension implies for the international system. The speakers will address: