The protests against Alexander Lukashenko’s regime will send a sobering message to the real last dictator on the European continent if efforts to organize a democratic election in Belarus are successful, according to the first international Kalinowski Forum (above) in Vilnius, Lithuania.

Belarus has become the playground of realpolitik of different authoritarian heavy-weights, as well as Western democracies which have failed to form a coordinated, effective policy to consolidate and defend democracy, the forum concluded. Belarus is a negative role-model to all Eastern neighbors of the EU and NATO, increasingly dominated by Kremlin and Beijing’s geopolitical strategies, a fragile state that still manages to divide and rule neighboring states and Western policies in the region.

Participants urged the Russian Federation not to engage into any actions that would threaten the sovereignty and territorial integrity of Belarus and highlighted the valued solidarity expressed by Russian pro-democratic civil society with Belarusian activists.

On the other hand, in the event of democratic change, the European Union should offer closer cooperation with Belarus, including investment stimulation programs, loans for private companies, visa facilitation, expertise for reshaping the economy, financial aid, support programs for civil society, and full cooperation within the Eastern Partnership. 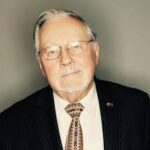 “A new page of history is opening and Belarus has contributed to it; its name will be inscribed in history. And that page will close when both tyrannies – in Belarus and Russia – close,” Vytautas Landsbergis (right), Lithuania’s first post-independence leader, told a news conference.  Events in Belarus area “catastrophe” for Russian President Vladimir Putin, which poses a threat because it is not clear how he will react, he said.

Lithuanian MP Žygimantas Pavilionis, one of the forum’s organisers, said he hoped that the forum would lead to a common policy on Belarus in the West.

“We need to pool those brains and create a joint and effective Western policy towards Belarus,” he told BNS. “We hope that after this forum, Western politicians will not limit themselves to politically correct statements that would allow the regime to survive.”

Biegun met with Belarusian opposition leader Sviatlana Tsikhanouskaya to discuss the situation in Belarus and affirmed the U.S. commitment to Belarus’ sovereignty and territorial integrity and to the sovereign right of its people to elect their own leaders and determine their own future, the State Department reports.

Since the public launch last June of “A Call to Defend Democracy,” nothing has done more to reverse the authoritarian upsurge during the global pandemic than the extraordinary developments in Belarus, according to the NED’s Gershman.

“Events are still unfolding. There are still dozens of political prisoners who must be immediately released. There are cases of torture, beatings, and other mistreatment of people in custody (see below) that need to be investigated, and the culprits need to be punished,” he added, citing the arrest of two members of the Coordination Council and calling for their immediate release.

Vladimir Kara-Murza, vice-chairman of the Open Russia Foundation, said the widespread claim that Lukashenko is Europe’s last dictator is not true. “Lukashenko is the last but one in the dominoes. And if he falls, then the Kremlin will remain the last one,” the Russian opposition figure said.

Lukashenko and Putin are dependent on each other because their behavior is so similar, he added. “The Kremlin is well aware that just as the streets and squares of Minsk and other Belarusian cities are filled with thousands of people today, that horror awaits them in the future and they are very afraid of that,” he said.

The forum is named after Konstantinas Kalinauskas (1838-1864), known in Poland as Konstanty Kalinowski, leader of the national renaissance in Poland, Lithuania and Belarus. A commander of the 1863–1864 uprising against Czarist Russia, he was executed in the Vilnius’s Lukiskes Square in 1864. Forum attendees laid flowers at the square and took part in the Freedom Way, a human chain from Vilnius to the Belarusian border to express solidarity with the pro-democracy protests.

“They kicked me, beat me w truncheons, w one blow over the head .. They demanded I admit it & tell them who was paying me. I said I didn’t know what they were talking about. For every response like that, I received another blow”#Belarus #torture survivorhttps://t.co/1Askp1iywh