In a new report, @JoshRudes and Thomas Morley explain what democracies can do to protect against the threat of #CovertForeignMoney. https://t.co/3wD1rmiQX1

Corruption has replaced ideology as the glue that holds together kleptocratic authoritarian regimes, according to a new report.

Authoritarian regimes exploit at least seven legal loopholes to funnel hundreds of millions of dollars into U.S. and European elections, says the Alliance for Securing Democracy. Analysts Josh Rudes and Thomas Morley explain what democracies can do to protect against the threat of covert foreign funds:

Kleptocrats like to hide their money in Anglo-American financial systems because they offer strong property rights and the rule of law, anonymous shell companies, and deep asset markets (especially London, New York, and Miami)….. In addition to more widely studied tools like cyberattacks and disinformation, authoritarian regimes such as Russia and China have spent more than $300 million interfering in democratic processes more than 100 times spanning 33 countries over the past decade. The frequency of these financial attacks has accelerated aggressively from two or three annually before 2014 to 15 to 30 in each year since 2016. RTWT 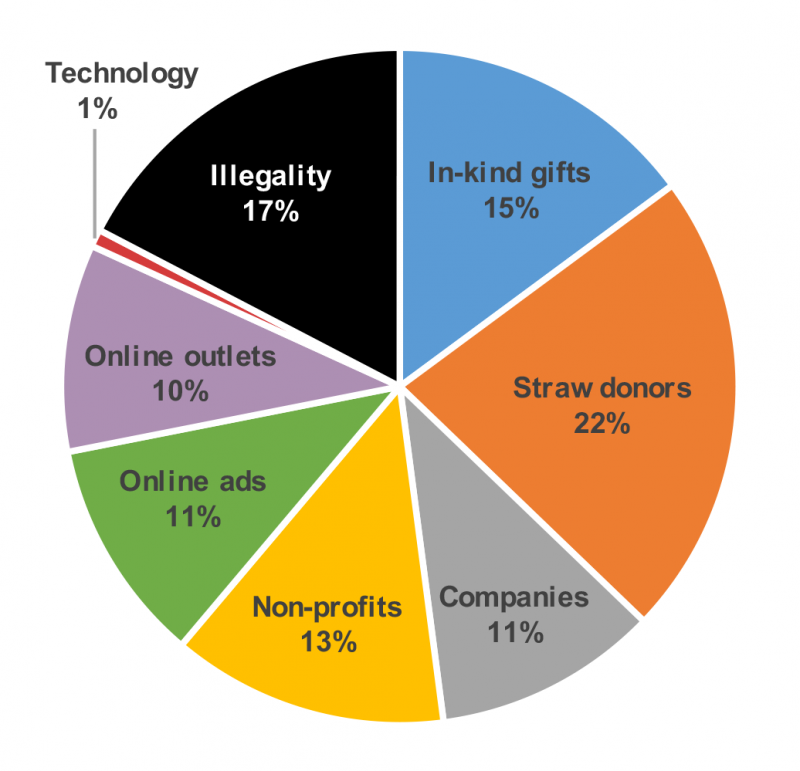