Most state-run enterprises continued to operate despite the strike, which was called by opposition leader Sviatlana Tsikhanouskaya. But analysts said it helped mobilize opposition supporters for a new round of confrontation with authorities, which poses a significant challenge for Lukashenko, who has run the country for 26 years and until recently has been able to successfully stifle dissent….The authorities responded by detaining protesters in the streets and outside factories, threatening workers with jail or being fired if they went on strike, said Alexander Yaroshuk, leader of the Belarusian Congress of Democratic Unions, an association of independent labor unions.

“Even the threat of a strike makes Lukashenko nervous, and growing mass rallies show that the protest is not dying down, and the pressure on the authorities and officials within the country will continue to mount,” said Minsk-based political analyst Valery Karbalevich. 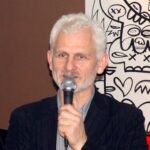 According to Ales Bialiatski (right), director of the Viasna human rights center, the sharp increase in the number of protesters “was big news for Lukashenko, who has ramped up repressions in recent months, threatened and intimidated in an attempt to quell the wave of the protests,” CNBC adds.

Political analyst Alexander Klaskousky echoed his sentiment. “Even if the threat of a strike does not work, it will make the authorities very nervous, because the opposition is clearly trying to take steps towards dual power in the country,” he said.

On the final day of what Belarus’s opposition has called the “People’s Ultimatum” — a demand that Lukashenko resign or face a nationwide strike — tens of thousands of protesters marched in Minsk on Sunday before police cracked down with stun grenades, The Washington Post adds (HT: FDD).

Lukashenko told U.S. Secretary of State Mike Pompeo in a phone call on Saturday that Belarus and Russia were ready to respond jointly to external threats, Reuters adds.

The turmoil in Belarus suggests that the former USSR is wobbling again as Putin’s Kremlin loses control over its own backyard, argues Les Echos analyst Benjamin Quenelle. Thirty years after the collapse of the Communist empire, the political crises in Belarus and Kyrgyzstan, and the war in Nagorno-Karabakh between Armenia and Azerbaijan — all emerging in quick succession — are calling into question Russia’s influence on the smaller former Soviet republics.

The BBC’s source in Minsk says the opposition is gaining momentum but fear is widespread, after many protesters were beaten up and tortured by police. It is common for masked men with batons to grab protesters, drag them into unmarked vans and drive off.

Tikhanovskaya, the opposition candidate in August’s rigged presidential election, called for a national strike today after Lukashenko refused her “People’s Ultimatum,” Foreign Policy adds. Earlier this month, FP’s Amy McKinnon – a NED Penn Kemble fellow – reported that the Belarusian president who shows no signs of stepping down any time soon, and has even taken to cultivating his own loyal opposition.

The Swedish Right Livelihood Foundation recently named Bialiatski and Viasna as joint winners of its annual award, known as the Alternative Nobel Prize, “for their resolute struggle for the realization of democracy and human rights in Belarus.” Other laureates include the imprisoned Iranian human rights lawyer Nasrin Sotoudeh, US civil rights lawyer Bryan Stevenson and indigenous rights and environmental activist Lottie Cunningham Wren of Nicaragua.

Puts Ukraine’s challenges in interesting perspective. It’s a country that people sometimes flee to, not from. https://t.co/uZ2gZ5Tcms