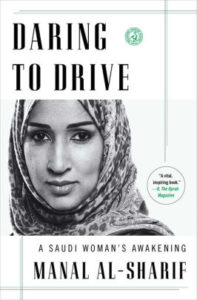 Democracy advocates should be aware of the limitations of digital activism, argues Manal al-Sharif, co-founder and leader of the #Women2Drive movement, founder and CEO of Women2Hack Academy, and author of the memoir “Daring to Drive: A Saudi Woman’s Awakening.”

While social media was useful in sparking movements demanding political and societal reforms in 2011, we failed to maintain that momentum, she writes for the New York Times:.

The time is ripe for disruption of a different sort. People seeking technological liberation are moving toward alternative social media platforms like Crabgrass, Mastodon and Diaspora, which allow social connectivity with an additional layer of privacy and security. We need platforms that are open, decentralized and don’t archive and sell users’ information to the highest bidder. This way, people can participate based on the merits of their content, not on how much they pay for views.

As activist and computer engineer Wael Ghonim said: “The Arab Spring revealed social media’s greatest potential, but it also exposed its greatest shortcomings. The same tool that united us to topple dictators eventually tore us apart.”

We’ve heard about technology’s potential to combat corruption and advance good governance. But what does this look like in practice? Tech4Dem asks. 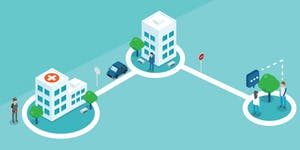 Join Tech4Dem in welcoming Julio Herrera, Director of Red Ciudadana (Citizen Network), a non-profit that fights corruption by encouraging Guatemalans to participate in their democracy. Julio and Red Ciudadana use web-based tools and apps to visualize and interpret key government data, connecting citizens to the decisions that affect their lives and reducing the space for public corruption. Julio and Red Ciudadana have directed a number of high-profile projects, including: