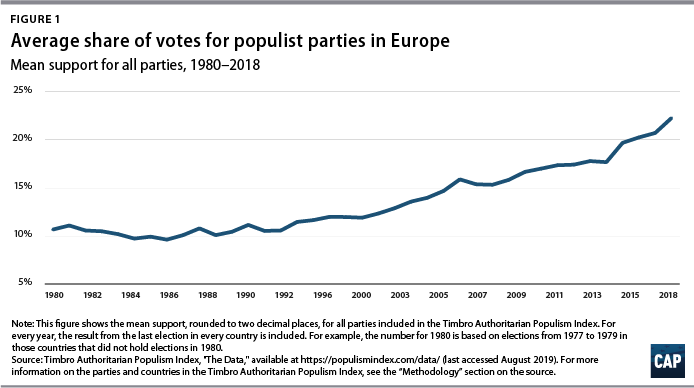 Much has been made of the seemingly inevitable rise of authoritarian politics in Europe, but the true picture in Europe today is far more complex than what such generalizations allow, according to a new report.

In analyzing this complexity, what becomes apparent is that this disruption to so-called traditional politics includes not only authoritarian political movements but also new forms of moderate politics, as well as adaptation by traditional center-left and center-right parties, say Matt Browne, Max Bergmann, and Dalibor Rohac. In Beyond Populism: European Politics in an Age of Fragmentation and Disruption, a report for the Center for American Progress, the authors examine four specific trends: the fragmentation of traditional political alliances; the emergence of a new liberalism countering authoritarianism; the divergent revivals of social democratic parties; and the radicalization of traditional conservatism.

The turmoil in European politics will pose a considerable challenge for the trans-Atlantic alliance, they conclude:

While all eyes are on the current occupant of the White House and his disdain for NATO and the alliance, Europe’s fragmented and adversarial politics are likely to present similar challenges in the future. This may prevent the alliance from working together to contain rising autocratic powers and address challenges to the international order. The possibility of such an outcome—an ineffectual and divided alliance—is arguably the greatest geopolitical threat confronting the current generation of trans-Atlantic political leaders. RTWT 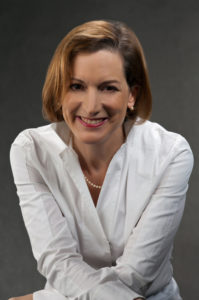 Does the experience of Slovakia, under the leadership of Zuzana Caputova, offer a way out of the populist quagmire? Washington Post columnist Anne Applebaum (left) asks:

She told me that she began her political career by trying to understand why people were voting for a ruling party that had used anti-immigrant and anti-foreigner rhetoric as well as attacks on the media and “elites” to justify its hold on power. “People are afraid of the unknown, of changes,” she said. “This fear is used by populists to come with very simple, very clear solutions.” But Caputova also noticed opinion polls showing that the politics of fear had another effect: “People are tired of conflict.”

Are there lessons here for reformers in other places polarized by angry politics? adds Applebaum, a board member of the National Endowment for Democracy:

In the debate between those who argue “fight back and mobilize your supporters” and those who argue “use slogans that unite,” Caputova’s experience argues for the latter. Her particular form of self-discipline, her refusal to allow herself to be angry or provoked, could help other candidates, too. Politicians, nowadays, are the focus of streams of invective, massive trolling campaigns, false accusations. If they can appear calm and poised, some of that anger might just bounce off. RTWT