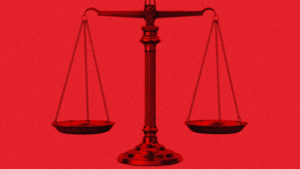 Russia is engaged in a determined assault on Western democracies and their institutions, according to a new report from the Center for Strategic & International Studies (CSIS). At its core, this is an attack on public trust and confidence. While policymakers on both sides of the Atlantic have made important strides to combat Russian disinformation operations as they pertain to election security, little has been done to acknowledge and adequately address the threats against justice systems, note CSIS analysts Suzanne Spaulding, Devi Nair & Arthur Nelson:

Traditionally a democracy’s judiciary is among the most trusted institution in the government. Because of this, it might seem like an unlikely target for disinformation campaigns by a foreign power. However, the judiciary is also, like elections, entirely dependent upon public acceptance of the legitimacy of its outcomes. The idea of a system built on the rule of law and justice delivered by a fair and impartial judiciary is a critical pillar of democracy and one of its greatest strengths. Erode the public’s belief in that idea, and the pillar begins to crumble.

“What we have observed in places where totalitarianism has taken hold is that, as public skepticism about an institution grows, citizens eventually stop trying to hold those institutions accountable, believing them incapable of living up to original aspirations,” they conclude. “Institutions follow suit, and democracy unravels.”

USAID is working to push back against “the rising anti-democratic influence of China and Russia,” said U.S. Agency for International Development Administrator Mark Green, adding that U.S. aid is done differently. “We do foreign assistance, they do predatory financing. There are striking differences in the two models of engagement, it’s not something we should shy away from talking about over and over again.”

He also said USAID is getting ready to “unveil a framework for countering malign Kremlin influence, especially in Europe and Eurasia.” The fiscal year 2020 request prioritizes $584 million to support that work, Green told a Senate appropriations subcommittee hearing Tuesday.