Venezuela finds itself part of a trial of strength, the Economist observes. A peaceful transition to a democratic, economically literate government could restore normality to what was once one of the region’s richest countries (see article). Equally, the Trump-Guaidó gambit might lead to conflict between armed groups or simply fail, leaving the regime more dominant than ever.

The United States strongly rejects offers from Mexico, Uruguay and the Vatican to mediate a dialogue between embattled Venezuelan President Nicolas Maduro and the head of the country’s opposition-controlled congress, Juan Guaido, AP reports:

A senior U.S. administration official explicitly mentioned the three in a briefing Thursday and added that “we reject any talks of any type of efforts that would allow Maduro to maintain himself in power.”

If protests alone could oust a president, Maduro would already be on a plane to Cuba, says the Economist. Mr Guaidó’s backers have ways to help without resorting to force or dirty tricks. These fall into two categories, it adds: 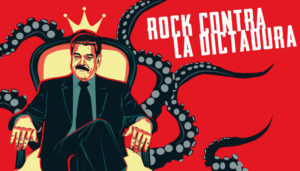 Maduro’s time is running out, but in order to manage his exit with the minimum of bloodshed, all of Venezuela must unite in pushing for a definitive end to his regime, says opposition leader Guaidó, the president of the Venezuelan National Assembly. For that, we need the support of pro-democratic governments, institutions and individuals the world over. It is imperative that we find effective solutions for the grave humanitarian crisis we are suffering, just as it is to go on building a path toward understanding and reconciliation, he writes for the New York Times.

But the oppressors are also unhappy, the Economist adds. Despite the money to be made from corruption, the crisis affects the armed forces as it does the rest of society, says Rocío San Miguel, a Caracas-based military analyst. The salary of a major in the national guard is 36,000 bolívares a month, worth less than $15. “That is not enough for two days’ worth of food for a family of four,” says Ms San Miguel.

Poorly informed leftists are peddling the notion that the political crisis in Venezuela is the product of yet another heavy-handed U.S. “intervention” in Latin America, the Washington Post’s Jackson Diehl writes:

For the record, those regime changes happened in 1973, 1954, 1964 and 1965 — and what’s happening in Venezuela half a century later bears no resemblance to them. On the contrary, the movement to oust the disastrous populist regime founded by Hugo Chávez is being driven by Venezuela’s own neighbors, who until very recently had more help from Ottawa than from Washington. What we’re seeing, in an era of U.S. retreat and dysfunction, is a 21st-century model for diplomacy in the Western Hemisphere.

Moscow’s support for the Maduro regime is rooted in its own fear of people power, observers suggest.

“Politically, the Kremlin wants to insist that any political regime, even if it is catastrophically ineffective, can never be deposed by its own citizens,” said Aleksandr Morozov, a political analyst and frequent Kremlin critic, the Times adds:

Aleksandr M. Goltz, a military analyst, echoed those sentiments while noting that the relationship with Venezuela mirrored the foreign policy of the old Soviet Union, in which the Kremlin lavished arms and money on any country that barked at Washington.

“For Putin, the fight against color revolutions is a principle matter,” said Aleksandr M. Goltz, a military analyst. “It is not important where they happen, in Syria or Venezuela. Any attempt by local people to get rid of an authoritarian leader is seen by the Russian leadership as a conspiracy, masterminded by foreign intelligence.” The crisis has echoes of Cold War confrontations of old. Moscow relishes its alliance with Caracas, as Mr. Goltz put it, as “a hedgehog in America’s pants.”

Whatever you think of that history, what matters now is that American influence is being used to the good. For the most part, support for the administration has been bipartisan, adds analyst Roger Lowenstein:

Venezuela has been a friend and an important trade partner. It was a democracy, albeit flawed, for as long as South Korea has been. Things went terribly wrong, but for the first time in recent memory, Venezuelans are refusing to be accomplices. Civilized nations must do no less. 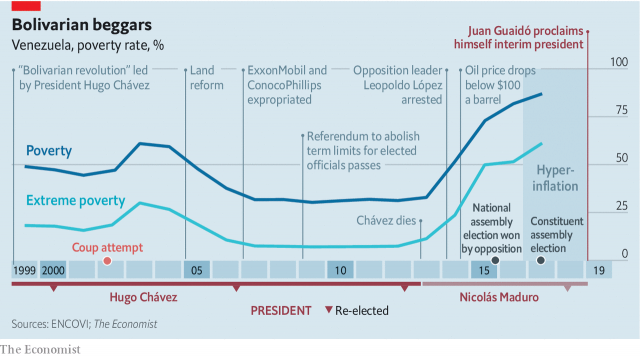