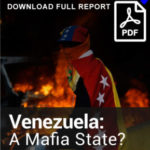 The line of least resistance to restoring democracy in Venezuela? Pay off the military, argues Michael Albertus, an associate professor of political science at the University of Chicago, and co-author of “Authoritarianism and the Elite Origins of Democracy.” Venezuela is not exceptional. In many countries, the military has played a critical role in establishing democracy, he writes for the New York Times: 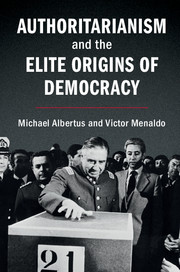 To be sure, it often exacts a steep price in the process, pushing for economic and institutional distortions to democracy that hamper its responsiveness to the will of the majority. In countries like Chile, Indonesia, Myanmar and Pakistan, coaxing powerful and entrenched militaries from power has required not just amnesty guarantees but also carving out economic domains for them to run autonomously and in many cases shunting profits directly to the military without any congressional authority to the contrary. Often these perks are then protected politically through constitutional provisions that grant outgoing authoritarians disproportionate political power or make the transition deal very difficult to overturn. RTWT

Cuba, Russia and China will aim to “to prop up the Maduro regime’s security or financing,” and that the deciding factor could be the country’s military, said U.S. Director of National Intelligence Dan Coats. “The influence of the military on that decision … probably is key to what direction we might go in,” he told the Senate Intelligence Committee. 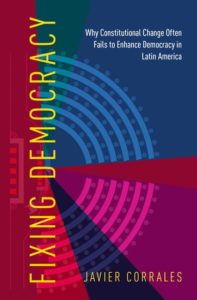 Factors such as rising U.S. sanctions hurt the government and encourage the opposition, notes Journal of Democracy contributor Javier Corrales, a professor of political science at Amherst College and author of Fixing Democracy. And now that the United States has fully sided with Guaidó, it may end up taking the driver’s seat, he writes for NPR:

But it was not internationally predetermined that Venezuela’s opposition would gain the upper hand. It is a result of the Venezuelan government’s own foreign policy blunders and the opposition’s diplomatic achievements. Venezuela shows that local forces have the capacity to move foreign affairs. However weakened they may be, they are not just recipients of foreign influence but also shapers of foreign forces.

Maduro’s fellow travelers and other critics of U.S. intervention to resolve the crisis are mistaken, according to Chris Murphy, a Democrat from Connecticut, who serves on the Senate Foreign Relations Committee, and Ben Rhodes, deputy national security adviser during the Obama administration.

There should no longer be any debate about Maduro’s lack of democratic legitimacy, they write for the Washington Post:

The 2018 Venezuelan presidential election was marred by charges of fraud, vote-rigging and intimidation of the opposition. In addition to steadily eroding Venezuela’s democratic institutions, Maduro has condemned the Venezuelan people to a humanitarian nightmare of rampant inflation, shortages of food and medicine, and pervasive insecurity through corruption, mismanagement and repression. Standards of living have plummeted, and some 3 million Venezuelans have fled to other countries.

But U.S. military intervention in Venezuela “would be a huge mistake,” U.S. Senator Bob Menendez tells Christiane Amanpour (above).

The Venezuelan tragedy is the end game of a certain form of politics, the place where so many of today’s “illiberal democrats” may also eventually end up, analyst Anne Applebaum writes for the Post:

Charismatic leaders who tell elaborate lies, politicize their courts, restrict media and repress opposition usually have a solid logic behind their actions: If nothing else, the absence of liberal democratic checks and balances makes it very easy for powerful politicians to steal. This was the road taken by Vladimir Putin in Russia and by Recep Tayyip Erdogan in Turkey, neither of whom is a socialist, and both of whom are loudly supporting Maduro.

This is the road down which many others, for example Viktor Orban of Hungary and Rodrigo Duterte of the Philippines — both committed anti-communists — are heading as well, adds Applebaum, a board member of the National Endowment for Democracy.