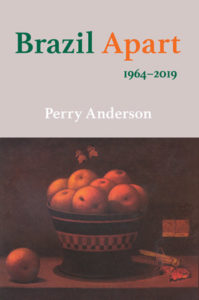 The election of leftist Alberto Fernández in Argentina could strain relations with Brazil—the other largest member of the Mercosur trade bloc, which recently struck a free-trade deal with the European Union, Foreign Policy adds. Brazilian President Jair Bolsonaro said Monday he had no plans to congratulate Fernández on his win.

The main lesson Brazil 2013 can give to Chile 2019 is that nothing will ever return to normal. Street movements of such intensity are turning points for society’s relationship with their elected representatives, former Brazilian official Thomas Traumann writes for Americas Quarterly.

The lead essay in Perry Anderson’s latest book, Brazil Apart, concludes by comparing Fernando Henrique Cardoso to Franklin Roosevelt and asserting he will be “the best president Brazil has ever had,” notes Nick Burns, a Fulbright scholar studying intellectual history.

Cardoso’s 1994 ascent to the presidency came after a number of false starts to Brazilian democracy at the end of a period of military rule that had begun in 1964. The Cold War was over, the so-called third wave of democratization had swept Latin America, but Brazil could not seem to finish the job—until Cardoso, having vanquished hyperinflation, stormed to power, he writes for the American Interest: 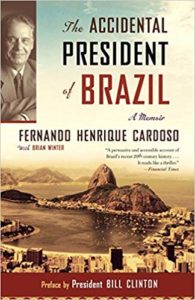 Anderson reminds his readers of Cardoso’s pedigree as a consummate intellectual and a thoroughgoing man of the Left. ….But just how closely Cardoso was to hew to his early Marxist influences would prove a bitter disappointment to Anderson. An early deal with northeastern oligarchs causes him to raise an eyebrow and mention, not for the last time, the Italian concept of trasformismo, whereby radical forces are seduced and finally domesticated by the regnant conservative forces.

But to the extent that the history of Brazil since 1964 is symmetrical, it may not simply be the defeat of the Left that is to blame, but also the vices and the prematurity of a nascent Right, Burns observes. RTWT

Cardoso delivered the inaugural Seymour Martin Lipset Lecture on Democracy in the World in 2004, organized by the National Endowment for Democracy (NED) and the Embassy of Canada.