“We have seen remarkable resilience from Brazil’s democracy over the past 24 hours,” said the State Department’s Ned Price. “The violence was quelled within hours, the institutions were cleared of violent protesters within hours. A range of Brazilian voices from across the Brazilian political spectrum have condemned it […] as they well should.“

Writing in Foreign Policy, analyst Catherine Osborn warned, “Pro-Bolsonaro Brazilian lawmakers have already said they believe Sunday and Monday’s detentions to be excessive. If Lula’s administration is not careful about clearly establishing and proving which crimes may have been committed in the attack, they could give the far right more fuel to grow their ranks.”

“[Bolsonaro] has been stoking this for a long time, even before the elections. There are audits of the electoral machines, audits also by independent reviewers that confirm there was no chance for theft,” Christopher Sabatini, a senior fellow for Latin America at Chatham House in London, told CNN.

Bolsonaro condemned Sunday’s riots, but Sabatini argues that the former president still bears some responsibility for the violence. “Quite simply, you cannot give your people the gasoline, the matches and then point them to the house and then claim that arson is not your fault.”

“Political scientists have a name for what’s happening in Brazil: ‘authoritarian learning.’ It’s when autocratic playbooks spread across borders,” said analyst Brian Klaas. “Brazil won’t be the last one.” 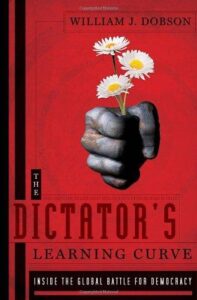 But democratic actors, including Brazil’s civil society, have also been engaged in mutual learning on how to resist autocratic trends, said former justice minister Pedro Abramovay.

“Brazil and the U.S. are the only two countries that have defeated authoritarian leaders through elections,” he told POLITICO. “Because of the resistance from civil society, they have been able to defeat those leaders and have a second chance to try and stop extremism fed by disinformation. And I don’t know if we’re gonna have another chance.”

This latest organized attack on democracy underlines the continuing threat posed by the extreme right, which was highlighted by a special resolution adopted at the 5th ITUC World Congress in November last year (HT: Solidarity Center).

“The ITUC stood with our unions and workers in Brazil when the far right conspired to stage a constitutional coup in against President Dilma Rousseff and we stood with President Lula when he was unjustly accused of corruption. We stand now with the unions, workers and the people of Brazil in defending their democratically elected government against thuggery and violence,” said ITUC Deputy General Secretary Owen Tudor.