Who knew at the time of Ronald Reagan’s Westminster Address that communism would follow leg-warmers and New Coke into the dustbin of history? Under Secretary of State Uzra Zeya told the Reagan Institute today (above). We could not counter authoritarianism without the “indispensable contribution” of the National Endowment for Democracy (NED) family which remains “at the forefront” of defending and advancing that legacy, she added. 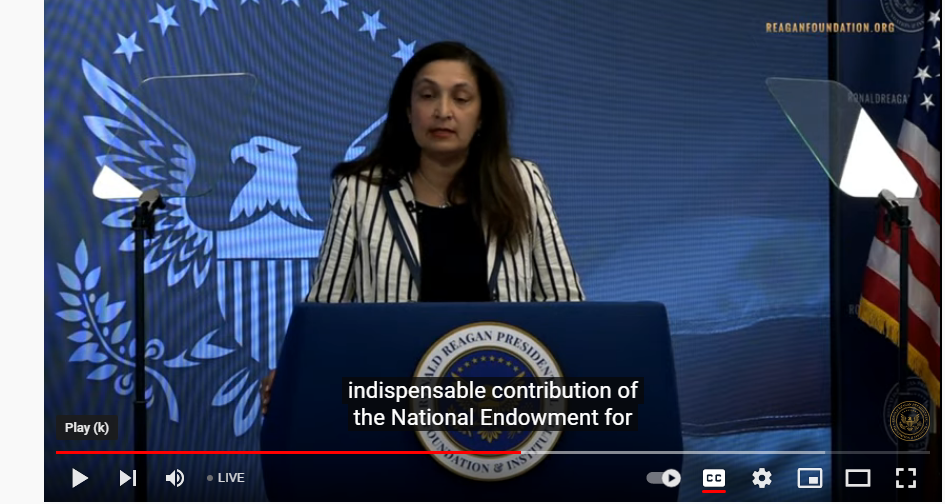 The 40th anniversary of the speech should remind us to lift our sights, write CSIS analysts Daniel Runde and Elizabeth Hoffman. Reagan knew, just as human rights activist Natan Sharansky tells us, that dictatorships are brittle, unstable and afraid of their own people. We do not know the day nor the hour when freedom may break out.

To realize this vision, we must continue to invest in the people and institutions working with civil society and democratic activists, they add, and the Reagan Institute’s Westminster 2.0 Working Group will be a good jumping-off point. 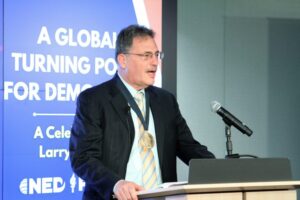 There is still an opportunity to pull the world out of its democratic slump. What is most needed is democratic conviction and resolve, Larry Diamond argues in “Breaking Out of the Democratic Slump.”

His January 2020 article is one of ten landmark essays for the Journal of Democracy, including Democracy’s Arc: From Resurgent to Imperiled,” published on the eve of the war in Ukraine, now freely available for a limited time: