Volodymyr Zelenskiy has inspired Ukrainians and won global respect and praise for his courage and defiance in resisting Russia’s devastating invasion of his country, Reuters reports. Refusing to leave Ukraine’s capital of Kyiv at the outbreak of the war, even as Russian bombs rained down, the former comedian rallied his compatriots in broadcasts from the capital.

“History is at a turning point … This is really the moment when it is decided whether brute force will rule the world,” the 44-year-old father of two told global business leaders at Davos last month, casting the war as part of a global struggle between democracy and authoritarianism. 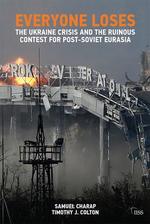 The Istanbul proposal, yet to be appreciated in many Western capitals, offers the best chance for ending the war in Ukraine, argues Samuel Charap, a Senior Political Scientist at the RAND Corporation and a co-author, with Timothy J. Colton, of Everyone Loses: The Ukraine Crisis and the Ruinous Contest for Post-Soviet Eurasia. Unlike an alliance, which unites close partners in common defense, usually against a potential enemy, the proposed deal calls for geopolitical rivals to guarantee Ukraine’s long-term security jointly, outside of an alliance structure—and to do so despite one of the rivals’ ongoing war of aggression against Ukraine, he writes for Foreign Affairs.

Few Westerners have a deeper understanding of Russia and Ukraine than Timothy Snyder, author of the award-winning history “Bloodlands,” who recently published a clear-eyed response to those who believe Putin can be coaxed to peace, The Post’s David Von Drehle writes.

“Some observers of the Russo-Ukrainian war seem to think that its greatest danger is that Ukraine will win, or win too quickly, and that this will be uncomfortable for Putin, and that we should care,” Snyder wrote. “This is a deeply perverse way of seeing things.” The destruction, the genocidal crimes — “those are the kinds of things we should be worrying about, not Putin’s self-image.”

Putin will end the war only when he decides he has no other choice. Therefore, Ukraine must fight on, Drehle adds.

Russia is not just fighting against the West in Ukraine while presenting democracy as Nazism. It is also fighting against its own citizens, those who in 2011 protested against Putin’s continued rule in what he saw as a Ukraine-inspired revolution, notes Serhy Yekelchyk, the author of Ukraine: What Everyone Needs to Know. A war fueled by ethnic nationalism or imperial ambition would have been bad enough, but a war on democracy can only escalate the level of violence that Putin needs in order to remain in power. 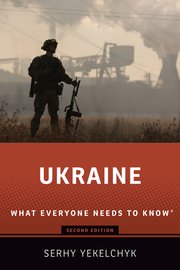 There are some important historical lessons for understanding the present Russo-Ukrainian war, he writes for OUP:

While Russia’s invasion of Ukraine poses the most immediate threat to European security and European democracy, China’s sapping of institutions and societies on both sides of the Atlantic should not be ignored, says Etienne Soula of the Alliance for Securing Democracy. In fact, Chinese diplomats and state media’s consistent pro-Russian messaging shows that both authoritarian states often have convergent objectives.

Vladimir Kara Murza has shown again and again during his years of fighting the Putin regime that he has never been afraid to speak the truth — no matter the consequences, his wife Evgenia writes for The Washington Post, drawing on remarks made at the National Endowment for Democracy (NED). 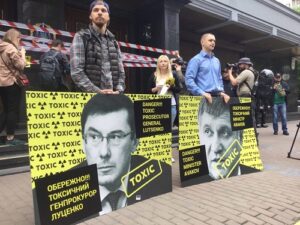 The end game in Ukraine is still unclear, adds CEPA analyst Edward Lucas. But it is already clear (I fear) that the next round of the contest between imperial Russia and its reluctant Western adversaries will take place in the Baltics.

Winning the presidency by a landslide in April 2019, Zelenskyy pledged to tackle the corruption that has blighted Ukraine’s transition from communism to democracy, Reuters adds. But Russia has always posed the biggest challenge to his aspirations to build a modern, democratic and stable European country.

Before Russia’s invasion, corruption was one of the major challenges facing Ukrainian democracy, the National Endowment for Democracy (NED) reports. The Anti-Corruption Action Center (AntAC), a 2022 NED Democracy Award honoree, was on the frontlines of the reform movement fighting for transparency and the rule of law. Today, AntAC is using its expertise in anti-corruption campaigns and advocacy to rally international support, focused on victory and a stronger, democratic Ukraine.

“Corruption was the key root of all other problems in Ukraine,” said Daria Kaleniuk, co-founder and executive director of AntAC. “During the last eight years, we focused a lot on building rule of law and fighting for proper anti-corruption infrastructure in Ukraine and we were quite successful. But after February 24, our organization switched what we were doing. Now a significant part of our team is focusing on advocating for everything Ukraine needs to win this war as soon as possible and to prevent losses of human lives and human suffering.” [Watch the 2022 NED Democracy Award.]

Putin’s weaponization of neo-Nazis was always a dicey tactic, but it was not illogical, adds Fiona Ballentine. Unlike mainstream nationalists, who often support the concept of free elections, neo-Nazis repudiate democratic institutions and the very idea of egalitarianism. For a dictator disassembling democracy and engineering an authoritarian regime, they were perfect accessories. In Ukraine, Putin is not combating neo-Nazism. The country most in need of “de-Nazification” is Putin’s Russia, she writes for the Australian Institute of International Affairs. 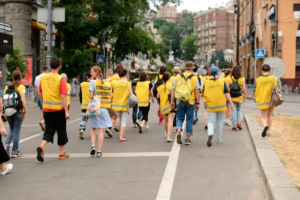 The Center for Civil Liberties (CCL – right)—one of Ukraine’s leading human rights organizations and another 2022 NED Democracy Award honoree— is engaged in efforts to monitor and document war crimes and crimes against humanity, seeking justice for victims and helping the country move forward.

“I was surprised by the scale of terror against civilians,” said Oleksandra Matviychuk, head of the Kyiv-based group, founded in 2007 to promote and implement the values of human rights in Ukraine and Eurasia.

The amount of Ukrainian territory occupied by Russia, equivalent to other European countries. This is what appeasers would gift to Putin, along with all the human beings who live there. pic.twitter.com/MNdEoO3XcB