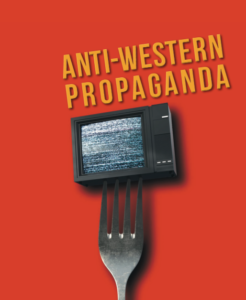 Across the world—from the United States to the United Kingdom, from Europe to South Asia and Latin America—politics and media are stuck in a spiral that incentivizes divisive rhetoric, hyper-partisanship, and disinformation, notes Peter Pomerantsev, a director of the Arena Program at the London School of Economics.

The main beneficiaries of this spiral are a generation of politicians, often labeled “populist.” What connects them is not their policies, but their ability to capture attention. They use intentionally inflammatory language and controversial ideas in order to focus attention on themselves and to divide electorates into crude wars of “us” versus “them.” Sometimes they are supported by online squadrons of social media militias, as well as intensely biased publications with low editorial standards, that help push their messages. Traditional, quality media that aspire to accuracy and balance find themselves caught in a catch-22: A failure to report on these politicians will result in accusations of censorship, but challenging them risks accusations of “fake news” by the politicians themselves, he writes for The American Interest:

Public service broadcasters have a clearer mission to be a crucible for a more balanced discourse, but, apart from the unique and perhaps non-replicable case of the BBC, public service broadcasters tend to be marginal players in many markets, and in countries such as Hungary and Poland they have been captured by the regime. Perhaps it is time for new actors to emerge: organizations that specialize in creating content but also constantly analyze and engage with audiences to foster a 21st-century public information sphere, which will in turn encourage the creation of a politics that revolves less around populist personalities, disinformation, and polarization.

The Media Development Foundation (MDF) has released a new report on Russia’s Anti-Western Propaganda, reviewing the Kremlin’s narratives and influence strategies in Georgia.