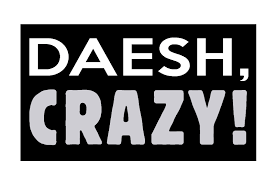 Education, culture and social enterprise can improve young people’s resilience to the narratives of violent extremism, according to a new analysis.

The Preventing Violent Extremism field is a fast growing area of study, and, as a parliamentary inquiry concluded last year, there is still much work to be done on establishing what kinds of interventions work best and how, writes Sheelagh Stewart, the British Council’s Senior Conflict and Stability Adviser:

However, there is an evolving consensus around the centrality of youth inclusion. A major joint study by the UN and World Bank released last autumn concluded that one of the most effective approaches was to address grievances arising from exclusion from access to power, opportunity and security. Another conclusion highlighted the importance of increasing meaningful participation of women and youth in decision-making. These findings are echoed in the new discussion paper, and in recent research carried out by organisations such as International Alert and Mercy Corps on why young people decide to take up arms.

Efforts to increase the resilience of communities to violent extremism “by strengthening civil society, enhancing economic opportunities, and providing education that equips young people with marketable skills,” are central to the UK’s strategy for countering terrorism, notes another analysis.

“The take-away for policymakers is clear – as youth populations continue to grow in Africa, South Asia and parts of the Middle East – a long-term solution to violent extremism will only be found if governments invest now in young people and their communities, and include them in the decisions that will shape their future,” Stewart concludes RTWT.