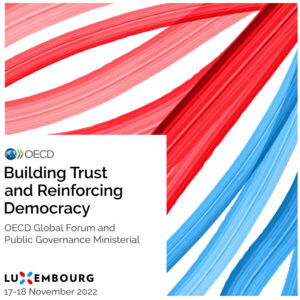 Trust is a critical ingredient for cultivating a robust civil society and resilient democracy, analysts attest.

By the mid-1990s, several Western democracies, including the United States, were showing signs of political decay, distrust, and declining civic and political engagement, Stanford’s Larry Diamond observed in the Journal of Democracy. In 1995, Robert Putnam called attention to a particular dimension of this problem—America’s declining social capital—in his famous article “Bowling Alone,” which remains one of the most read articles in the history of the Journal.

Societies with a culture of trust – especially the capacity to trust people outside immediate family, are able to generate “social capital,” which is as valuable as financial capital to economic prosperity and competitiveness, Francis Fukuyama wrote in his book on the subject, contrasting three “high-trust” countries — Germany, Japan and the United States — with three “low-trust” counterparts, France, Italy and China. 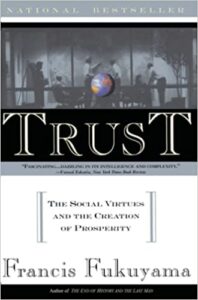 Trust is a vital element in “society’s immune system,” says Rachel Kleinfeld, co-founder of the Truman National Security Project. “It lets us fight off problems of all sorts, kind of ecumenically. If there’s a problem and you’ve got a healthy immune system, you’re much more likely to fight it off,” she tells the Niskanen Center.

But how much do citizens trust democratic governments? And to what degree do a government’s competence and values influence trust in democratic institutions?

The first cross-national survey of more than 50,000 people in 22 countries aimed at helping governments better understand where citizen confidence is wavering, where it remains solid and what needs to be done to close the gap, the OECD reports. 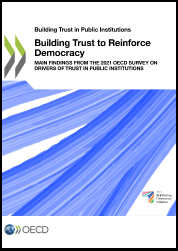 The 2022 OECD Survey on the Drivers of Trust in Public Institutions provides the first comprehensive view of people’s confidence on how democratic governments work and deliver, as well as concrete evidence on what values, processes and outcomes of democratic life drive people’s trust.

A session at the forthcoming OECD Forum will explore how public institutions, civil society, business, academia and media can use this evidence to strengthen democracy.

Building on the OECD’s Reinforcing Democracy Initiative, other sessions will discuss how to:

50,000 citizens took part in the #OECDtrustsurvey to help governments better understand not only what drives public #trust, but more importantly, how it can be strengthened!