China today used the opening ceremony of the Winter Olympics to present an image of a global power whose authoritarian style of government can go head-to-head with a world dominated by the U.S. and its fellow democracies, AP reports.

Consequently, Games that were conceived to forge international understanding have become an exercise in enforcing China’s authoritarian values, The Wall Street Journal adds. 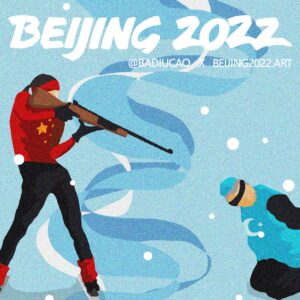 “There is a strong authoritarian tilt among the list of leaders attending,” said Andrew Yeo, a politics professor at The Catholic University of America and senior fellow at the Brookings Institution. “It’s a much different list of global leaders when compared with the attendees of Biden’s Summit for Democracy last December.”

The two leaders denounced what they see as American interference in their internal affairs by fomenting “color revolutions” calling for greater democracy, The New York Times reports.

“Russia and China stand against attempts by external forces to undermine security and stability in their common adjacent regions,” they said in a 5,300-word statement, which illustrated the widening rift between democracies and autocracies. And they vowed “to counter interference by outside forces in the internal affairs of sovereign countries under any pretext, oppose color revolutions and will increase cooperation in the aforementioned areas.”

China and Russia proclaimed a deep strategic partnership in a statement steeped in ideological discourse, Reuters reports.  “The sides oppose further enlargement of NATO and call on the North Atlantic Alliance to abandon its ideologized Cold War approaches,” the statement said. 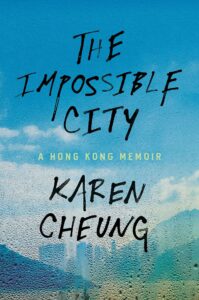 While not formally allied, the two “are making common cause as a tactical matter to better defend their respective interests and their authoritarian systems from Western pressure”, said Daniel Russel of the Asia Society think tank, who served as the U.S. State Department’s top diplomat for East Asia in the Obama administration.

China and Russia are “extolling a similar anti-American/pro-authoritarian narrative, and hoping their friendship weakens the West’s military position in Europe and Asia,” said Scott Kennedy, a China expert at Washington’s Center for Strategic and International Studies. Despite the rhetoric, there would be limits to the alliance since China is only ‘“willing to stand with Russia through thin but not thick.“

In short, Beijing will not let ideology trump interests.

“China is a market player,” said Alexander Gabuev, a senior fellow at the Carnegie Moscow Center. “There’s only so much it’ll do to help out their Russian friends while still protecting its own interests.”

Beijing would try “like Germany in 1936” to “use the spectacle” of the Olympic Games “to win a propaganda victory for its system of strict controls,” according to philanthropist and investor George Soros. Chinese President Xi Jinping is “the greatest threat to the world’s open societies” and he leads the “most powerful authoritarian state in the world,” he told a Hoover Institution forum, which addressed what the National Endowment for Democracy (NED) calls China’s sharp power. 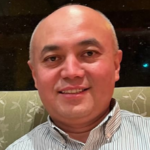 As a Uyghur living in Beijing, Akram Keram (right) experienced first-hand the increased scrutiny and fear during the 2008 Beijing Summer Olympics. In the name of security, the Xinjiang Uyghur Autonomous Region’s public security department dispatched police to keep a close eye on Uyghurs living in other parts of the country.

In April 2008, while I was on a business trip to southern China, he writes for China File, I received a strange phone call from a Uyghur police officer, who said he had been dispatched to the district where I lived in Beijing to check on Uyghurs during the Olympics. Controls were even stricter in Xinjiang itself. Authorities suspended wedding registration and ceremonies in Kashgar, and Uyghurs with any relatives abroad were banned from leaving their towns during the Olympic events.

The international community should stand against the ongoing genocide, through diplomatic boycotts, by canceling broadcasting plans, and by refusing to sponsor national teams, adds Keram, a native Uyghur and Senior Program Officer at the National Endowment for Democracy:

Athletes should reject interviews from Chinese state media and avoid attending any public events organized by the Chinese government, such as the opening and closing ceremonies or government-arranged tours, which the regime will use for propaganda purposes.

Any show of support matters both to the CCP and to those it represses. The U.S. Olympic and Paralympic Committee should require all athletes and officials to participate in an educational discussion with victims of Uyghur genocide, as well as others oppressed by the Party. RTWT 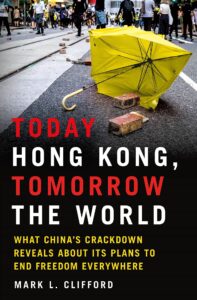 The opening of the Winter Olympics puts “sportswashing” on global display, adds L. Gordon Crovitz. The Chinese government has devoted vast resources to the Games, hoping that they will convey an open and appealing image of China and distract attention from the country’s totalitarian practices at home and threats abroad. Fortunately, new books about China offer a counter-narrative, detailing, among other matters, the attack on Hong Kong’s freedoms and the assault on China’s Uyghur minority, he writes for The Wall Street Journal:

In the United States, lawmakers in both parties are concerned that the IOC is not doing enough to protect U.S. athletes inside China, The Washington Post’s Josh Rogin adds.  Also, the research group Citizen Lab reported that the “health monitoring” app all Olympics participants in Beijing were required to download was riddled with security vulnerabilities that may put users’ privacy at risk.

Games that were conceived to forge international understanding have become an exercise in enforcing China’s authoritarian values – what the @ThinkDemocracy calls #sharppower. https://t.co/uXr1Oc4oPs via @WSJOpinion