Given all the data that can be gathered by smartphones and sensors, with more to come, the Economist asks in a recent issue whether artificial-intelligence systems could one day “replace the autonomous choices on which the market is based?…And if technology can outperform the invisible hand in the economy, might it be able to do the same at the ballot box when it comes to politics?” asks analyst Irving Wladawsky-Berger.

Last century’s rivalry with the Soviet Union and its communist ideology has been replaced by a rivalry with China and its AI-based central planning. The collective wisdom emerging in Washington and other capitals is that “China is becoming a kind of all-efficient Technocratic Leviathan thanks to the combination of machine learning and authoritarianism,” George Washington University professor Henry Farrell observed in a recent article on the Crooked Timber blog.

In more open, free-market democratic societies there will always be ways for people to point out and counteract these biases, he says, but in more centrally managed, autocratic societies the correction tendencies will be weaker, Wladawsky-Berger writes for The Wall Street Journal.

“In short, there is a very plausible set of mechanisms under which machine learning and related techniques may turn out to be a disaster for authoritarianism, reinforcing its weaknesses rather than its strengths, by increasing its tendency to bad decision making, and reducing further the possibility of negative feedback that could help correct against errors,” Mr. Farrell concludes.

Christopher Walker, Vice President for Studies and Analysis at the National Endowment for Democracy, will deliver the annual Tocqueville Lecture in Lisbon on March 5 on the subject of  “Defending Democracy in an Era of Digital Disruption.” Further details here. 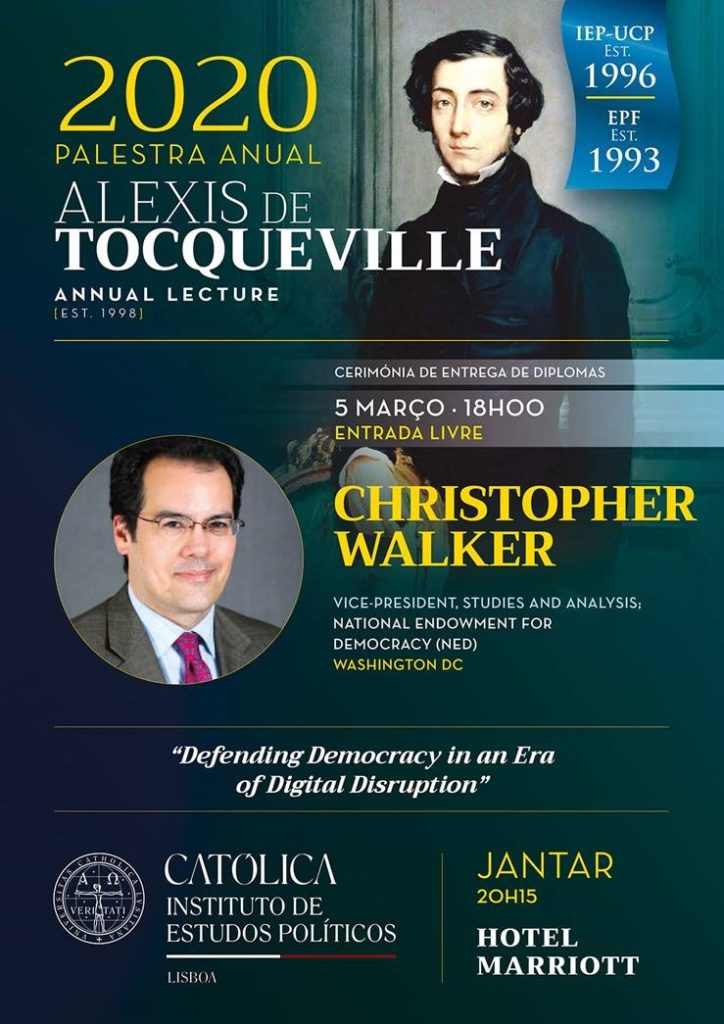