Fifty years on from the crushing of the Prague Spring and almost 30 years after the 1989 revolutionary upheaval, Eastern Europe is experiencing a vicious return to authoritarianism, according to two leading experts.

This latest outburst of radical — yet non-violent — activism in Romania is evidence that new forms of activism can rise up even amid civil disarray and widespread demoralization. Even in a rigged political system, people still have the power to act and defend their rights, say Marius Stan, research director of the University of Bucharest’s Hannah Arendt Center, and Vladimir Tismaneanu, professor of politics at the University of Maryland, College Park, and a member of the editorial board of the National Endowment for Democracy’s Journal of Democracy.

Romanians experienced this first hand on Friday, as police used brutal force to crush protests in Bucharest that saw more than 100,000 Romanians from all over the world gather in the capital’s Piața Victoriei, “Victory Square,” to protest rampant government corruption, they write for POLITICO:

Similar demonstrations — initiated by diaspora communities alongside local groups — took place in every major city in Romania, but police only resorted to force in the capital. The outcome of those clashes shocked many, both across Romania and abroad.

Faced with legitimate public grievances, leaders resorted to tear gas and water cannons. The ruling Social Democratic Party — in fact a kleptocratic mafia — knew that if the protests succeeded in the capital, its grip on power would be at risk.

It all evokes memories of Tiananmen and Taksim. And of the “Mineriad,” the violent protests in Bucharest in June 1990, when, after the fall of the Ceausescu dictatorship, the post-communist turncoats called thousands of miners to the capital to consolidate their new, old power, Deutsche Welle’s Ronert Schwartz adds. The “Mineri,” or miners, had the task of muzzling all political liberal opponents — especially opposition politicians, students and intellectuals. And they did so with extreme brutality.

Romania is a case study of the need to recapitalize trust in democracy, says a leading expert. 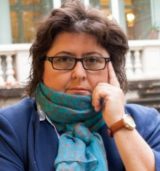 Since the 2008 economic crisis, Europe’s “trust capital” has been seriously eroded. The recovery since then has been only partial, especially among the countries of Southern Europe, argues Professor Alina Mungiu-Pippidi, who chairs the European Research Centre for Anticorruption and State-Building (ERCAS) at the Hertie School of Governance in Berlin.

But even though a lack of democratic checks and balances or rule of law allows authoritarians to get away with robbing their people, it also ensures that illicit wealth is unlikely to be safe at home — so today’s kleptocrats hide their stolen money overseas, stored away in places where it can be protected by norms that don’t exist in their own countries, notes Whitney Milam, a Digital Communications analyst at National Security Action. The process usually goes like this, she writes:

So ultimately, kleptocratic corruption is enabled by democratic systems, Milam adds. Weak transparency measures in the West allow elites from corrupt authoritarian countries to construct a mask of legality and respectability, so that their illicit cash can circle the globe incognito. 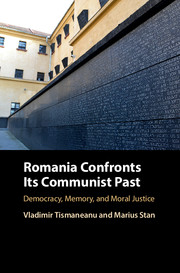 Europe should take note of what is happening in Bucharest, Timișoara, Cluj, Brașov, Iași and Sibiu, add Stan and Tismaneanu, co-authors of “Romania Confronts its Communist Past. Democracy, Memory, and Moral Justice“ (Cambridge University Press, 2018).

“At a time when others in the region — notably Poland, Hungary and the Czech Republic — are becoming increasingly critical of the EU and its values,” they add, “Romanians are taking a determined pro-EU, pro-NATO and pro-Western stance.”