Marvel at the heroism and resilience of Ukraine. In the first days of war, the armored might of Vladimir Putin shriveled before the courage of the nation he had attacked, The Economist reports. In the face of Mr Putin’s invasion, the Ukrainian people have discovered they are ready to die for the idea that they should choose their own destiny. To a cynical dictator that must be incomprehensible. To the rest of humanity it is an inspiration.

But the war is about to get worse since escalation is a narcotic for Putin, who now sees himself at war with the West, Economist journalists suggest (above). He envisages the war ending with a ‘great powers’ conference with the US, UK, France, etc., that will ‘carve up’ Russia’s neighborhood into distinct spheres of influence. 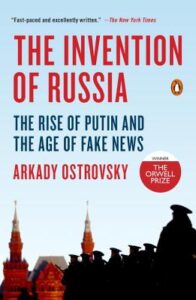 Putin has previously conjured up the specter of nuclear war with the West, said Arkady Ostrovsky, The Economist’s Russia editor. “As martyrs, we will go to heaven. And they will just croak because they won’t even have time to repent,” he told the Valdai Club, an annual gathering of international Russia experts.

For now, the Western world, inspired by President Biden’s reasonable politics, has kept its position in line with democratic values, says former Polish dissident Adam Michnik. “I have to say that I have been pleasantly surprised that the West has created such a broad coalition to defend democratic values,” he tells The New Yorker’s Isaac Chotiner.

I don’t believe in the inevitability of history, but what happened in Russia—we can’t blame the West for that. The West, maybe excessively, invested in the democratic future of Russia. But it also has to be said here that Russian democracy has failed—failed in this confrontation with Russian autocracy. There are dark times ahead for Russia, but, at the same time, it will be a time of sowing for the future. 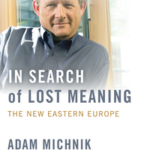 “I believe in the future of Russia,” Michnik adds. “No nation is doomed for failure or destined to live in captivity.”

Fyodor Lukyanov, an academic who is close to the Russian leader, told The FT’s Gideon Rachman in 2019 that one of Putin’s enduring fears was the loss of Russia’s status as one of the world’s great powers for the first time in centuries. His resentment at what he regarded as American slights and betrayals set Putin on a collision course with the west, he writes for The Guardian:

Crucially, the west’s promotion of democracy has posed a direct threat to Putin’s own political and personal survival. From 2003 to 2005, pro-democracy “colour revolutions” broke out in many of the states of the former Soviet Union – including Ukraine, Georgia and Kyrgyzstan. If demonstrators in Independence Square in Kyiv could bring down an autocratic government in Ukraine, what was to stop the same happening in Red Square? 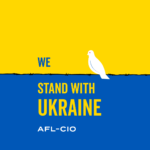 Despite Russia’s advantages in technology and equipment, Ukrainian forces will continue to exploit Russia’s chronic and acute weaknesses in logistics and supply. It is one of the firmest rules of warfare that a successful attacker should enjoy a three-to-one preponderance. Russia’s depleted force has nowhere near that preponderance, University of Portsmouth military strategist Frank Ledwidge writes for The Conversation:

In the spring battles of 2022 it is the defenders, not the attackers who are in abundant possession of those factors against a Russian army beset by chronic issues of endemic corruption, professionalism and training which has rendered them apparently incapable of conducting complex operations. ….Above all the ravages inflicted upon them by the Ukrainian armed forces have cut away at their manpower, equipment and morale. 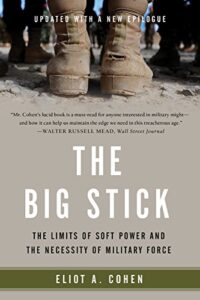 The evidence suggests that Russia’s armies can, if met by a well-equipped Ukrainian force, be thoroughly wrecked and defeated, argues Eliot A. Cohen, a professor at The Johns Hopkins University School of Advanced International Studies, and the Arleigh Burke chair in strategy at CSIS.

While Russia itself will likely remain a paranoid and isolated dictatorship after this war, it can be defanged, even as its own folly reduces it to the ranks of a third-rate power. But war is war, and the future is always uncertain. All that is clear right now is that a failure to adequately support Ukraine will have terrible consequences, and not just for that heroic and suffering nation, he writes for The Atlantic.

From authoritarianism to totalitarianism

Putin’s regime rested on a prosperity-for-docility compact – an understanding that citizens would enjoy stability and material success in exchange for political abstention. 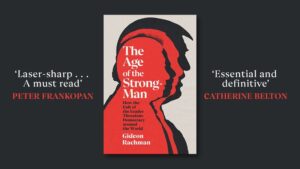 Now the bargain is broken, the illusion has shattered. And the country has been pitched into a new phase. But what is it? The Times asks:

Greg Yudin, a professor of political philosophy at the Moscow School of Social and Economic Sciences, argues it was the political opposition’s success, which began to accelerate in 2018 and 2019, that tipped Mr. Putin toward war. …..Mr. Yudin argues that Russia is moving out of authoritarianism — where political passivity and civic disengagement are key features — into totalitarianism, which relies on mass mobilization, terror and homogeneity of beliefs. He believes Mr. Putin is on the brink, but may hesitate to make the shift.

“Putin is so convinced that he cannot afford to lose, that he will escalate,” Professor Yudin said. “He has staked everything on it.”

The difficult truth is that Putin’s strongman style has defined his rule over Russia – and despite his many crimes and misdemeanors, those same strongman tactics may preserve him in power for years to come, adds Rachman, author of the new book, The Age of the Strongman (above).

Ukraine’s people have discovered they are ready to die for the idea that they should choose their own destiny. To a cynical dictator that must be incomprehensible. To the rest of humanity it is an inspiration, says @TheEconomist #StandUpForUkraine https://t.co/zXVi4Cremf