Are man-made crises like the one in Shanghai inevitable under China’s authoritarian system?

China is facing what is arguably the worst crisis in governance since the end of the Cultural Revolution in 1976. Even the 1989 Tiananmen uprising did not affect as many people as the Covid lockdowns, says analyst Anne Stevenson-Yang.

“With its increasing centralization of power, China has trapped itself in an authoritarian feedback loop (much like Russia’s),” she writes for Forbes. “Bad news is met with anger and withheld from leaders. Empowered central-government teams are parachuted in and confront local leaders. Policymakers are glorified and policy implementers excoriated.”

Long before the “zero Covid” policy, China had a “zero sparrow” policy, Li Yuan writes for The New York Times:

In the spring of 1958, the Chinese government mobilized the entire nation to exterminate sparrows, which Mao declared pests that destroyed crops. … The near extinction of sparrows led to insect infestations, which ruined crops and contributed to the Great Famine that starved tens of millions of Chinese to death in the next three years. The fear in China now is that the “zero Covid” policy has become another Mao-style political campaign that is based on the will of one person, the country’s top leader, Xi Jinping — and that it could end up hurting everyone.

China’s zero-covid policy has become a dead end from which the Communist Party has no quick exit. It is one of a trio of problems faced by China this year, alongside a misfiring economy and the war in Ukraine, The Economist reports. You may think they are unconnected, but China’s response to each has a common root: swagger and hubris in public, an obsession with control in private, and dubious results. China’s actions reflect an authoritarian system under Xi Jinping that struggles to calibrate policy or admit when it is wrong.

If China were a democracy, Mr. Xi might already be packing up his office, The Wall Street Journal adds. This may be one reason officials this week have tried to ease the lockdown in some parts of Shanghai, although only partially.

The U.S. State Department’s latest 2021 Country Reports on Human Rights Practices include a searing indictment of the Chinese government for systemic rights abuses. But activists want a reboot of the report’s format to address documentation blind spots and connect it to policy and initiatives to stop the violations and provide accountability for victims, POLITICO reports.

The Elements of the China Challenge, a report from the Department of State’s Policy Planning Staff, makes the case that the challenge posed by China’s Communist Party-state is fundamental to U.S. national security and values, the Hoover Institution’s Larry Diamond and Glenn Tiffert suggest.

China’s quest for dominance is diffuse, patient, and methodical. So must be the response of the United States and its democratic allies. As we suggested in a 2018 report, countering China’s quest for inappropriate influence and control requires a robust policy of constructive vigilance, they write for American Purpose:

Criticism of Russia’s invasion of Ukraine is surfacing in China, Jay Ranade notes in an Issue Brief for the Centre for China Analysis and Strategy (CCAS) and the Vivekananda International Foundation (VIF) .

“We strongly appeal to the Russian government and to President Putin to stop this war and settle the dispute through negotiations,” said a statement signed by several intellectuals. “Power politics will not only destroy the achievements of civilization and the principles of international justice, but will also bring great shame and disaster to the Russian nation. Peace begins with the desire of the human heart. We oppose unjust wars”.

While the statement does not directly criticize Chinese President Xi Jinping, it is an implicit criticism of Chinese support to Russia and the professors are likely to be penalised, Ranade adds. RTWT 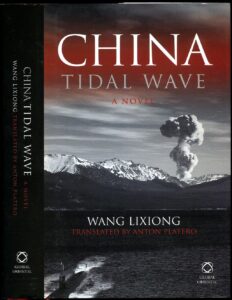 Mr. Xi is keen to stick to the strategy because he is seeking a third term at an important Communist Party congress later this year and wants to use China’s success in containing the virus to prove that its top-down governance model is superior to that of liberal democracies, The NYT’s Yuan adds:

Wang Lixiong, the author of the apocalyptic novel “China Tidal Wave,” which ended with a great famine in the aftermath of a nuclear winter, believes that a man-made crisis like the one in Shanghai is inevitable under China’s authoritarian system. In recent years, he said in an interview, the risk increased after Beijing clamped down on nearly every aspect of civil society.

Relations between China and its geopolitical rivals have been deteriorating for several years, and the war in Ukraine is likely to accelerate that trend, says a Harvard Business Review survey on the State of Globalization 2022.

The Great Sparrow Campaign (above) was part of Mao Zedong’s Four Pests Campaign during the Great Leap Forward from 1958-1962, that sought to get rid of rats, flies, mosquitoes, and sparrows, reports suggest. The extermination of the latter upset the ecological balance, and enabled crop -eating insects to proliferate. The resulting ecological imbalance is credited with exacerbating the Great Chinese Famine in which upwards of 30 million people died of starvation.

As repression in Tibet intensifies, the urgency to resolve the Sino-Tibet conflict grows. With two Tibetan self-immolations reported just last month, the newly elected President (Sikyong) of the Tibetan government-in-exile faces increasing pressure to find a solution to the six-decade-long conflict. The Sikyong must accept the challenging task of negotiating with a rising China that shows no willingness to discuss any aspect of its rule in Tibet. 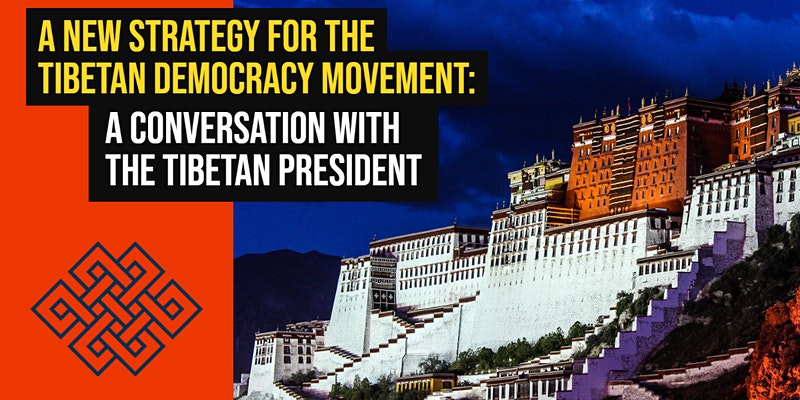 The event will be held in person and livestreamed. RSVP below to attend or receive livestream information.

https://t.co/e0DVERdoK4 The war in Ukraine provides a vivid illustration of how quickly individual countries can disconnect in the face of extreme threats.