In the form of an NSC memo, 5 CSIS Asia experts outline the United States’ options on Hong Kong. https://t.co/0PZakXwErh

The Chinese government is taking draconian measures to slash birth rates among Uighurs and other minorities as part of a sweeping campaign to curb its Muslim population, even as it encourages some of the country’s Han majority to have more children, AP reports:

While individual women have spoken out before about forced birth control, the practice is far more widespread and systematic than previously known, according to an AP investigation based on government statistics, state documents and interviews with 30 ex-detainees, family members and a former detention camp instructor. The campaign over the past four years in the far west region of Xinjiang is leading to what some experts are calling a form of “demographic genocide.”

Under Xi Jinping, the authorities have worked to seize greater control over the thoughts and musings of China’s more than 900 million internet users, leading aggressive campaigns to stamp out dissent, activism and even jokes, The Times reports.

“The idea of control has gone beyond strategic purposes,” said Jennifer Pan, an assistant professor of communication at Stanford University who is an expert on Chinese censorship. “In the Xi Jinping era, sometimes it’s control for the sake of having control.”

Chinese lawmakers meeting from Sunday could approve a national security law as early as this week, drastically curbing political protest and dissent in Hong Kong and adding to China’s tensions with Western powers, The Times adds:

The National People’s Congress Standing Committee — an arm of China’s Communist Party-run legislature — discussed the draft law this month, and a Hong Kong member of the committee has said it may vote for the legislation by the end of its latest three-day session starting Sunday, “if conditions are ripe.” But Hong Kong residents are still waiting to see the full text of the law. 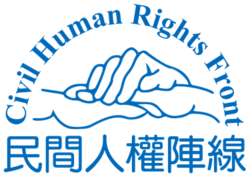