The title of Anne Applebaum’s book, The Twilight of Democracy, is not adorned with a question mark. Her book’s subtitle, “the Seductive Lure of Authoritarianism,” points to the central problem, says Gabriel Schoenfeld, a senior fellow at the Niskanen Center.  It is not a criticism of Applebaum that she does not provide an adequate answer to the mystery of why intellectuals succumb to the attractions of autocracy, he writes for The American Interest:

Some are genuinely motivated by the same fears, the same anger, and the same deep desire for unity that motivates their readers and followers. Some have been radicalized by angry encounters with the cultural left, or repulsed by the weakness of the liberal center. Some are cynical and instrumental, adopting radical or authoritarian language because it will bring them power or fame. Some are apocalyptic, convinced that their societies have failed and need to be reconstructed, whatever the result. Some are deeply religious. Some enjoy chaos, or seek to promote chaos, as a prelude to imposing a new kind of order.

The book is an “impassioned J’accuse against the ‘new’ populist right, including some of her old friends, for their abandonment of so many principles,” The FT’s Alec Russell adds.

“Though each of the fantastical political transmogrifications recorded by Applebaum {a board member of the National Endowment for Democracy} is unique, in the aggregate they form a discernible pattern in which the personal would seem to predominate,” Schoenfeld adds. “The tools of political and historical analysis do not suffice to solve certain kinds of human riddles.” RTWT 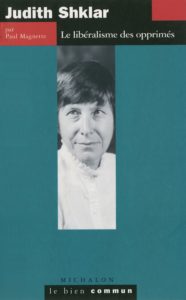 Judith Shklar’s “Liberalism of Fear” provides a compelling justification for our system of limited and democratic government, notes Blake Smith, a Harper Schmidt Fellow at the University of Chicago. Drawing on the ideas of Friedrich Nietzsche—whom she considered one of the most dangerous enemies of liberal democracy—Shklar warned that liberalism can degenerate into a cult of victimhood, he writes for Tablet magazine.

Because of citizens’ Ordinary Vices – cruelty, hypocrisy, snobbery, betrayal, and misanthropy – liberalism is an inherently difficult doctrine that demands a tolerance of contradiction, complexity, and the risks of freedom, she wrote.

Those of us concerned with shoring up liberal constitutionalism and free market
liberalism in the face of current populist and authoritarian threats could stand to learn
from Shklar and F.A. Hayek, notes Jacob T. Levy, the Tomlinson professor of political theory at McGill University. 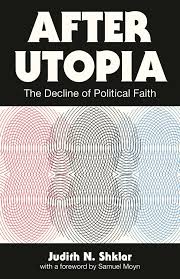 Shklar stressed the need for democratic participation and inclusion, worry about economic power that is subordinate to the worry about state power but never absent, and a commitment to active, competitive politics, he wrote for Foreign Policy. But her partial skepticism about democracy in “The Liberalism of Fear” is far from her only word on the matter: Liberalism, Shklar says, is “monogamously, faithfully, and permanently married to democracy — but it is a marriage of convenience.”

Defending liberal democracy, Shklar claimed, will require us to confront Nietzsche’s powerful argument against the moral cruelty that liberalism seems to generate from within its post-Christian heritage, Smith writes for The Tablet:

It may seem that our form of government is not conducive to the moral life on which its survival depends. Liberal democracies are not good places to find good people, Shklar warned. Their citizens are habituated into “self-assertive vices” of acquisitiveness, selfishness, and cowardice. But only in a free society can people have any opportunity for developing an ethical character, without having to bow before the “pious cruelties” and “massive dishonesty” of regimes that impose a vision of the common good on their inhabitants.

Provided, that is, our characters are not warped by the moral cruelty of liberalism’s misguided humanitarians, Smith adds.