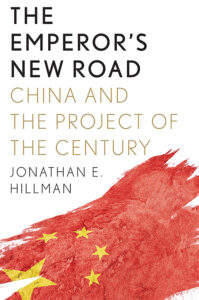 Western policy-makers’ belief in democratic inevitability “blinded observers to the Chinese Communist Party’s overriding objective of retaining and growing its power,” according to a new analysis.

“The mass internment of over one million ethnic Muslims in Xinjiang province demonstrates the CCP’s willingness to engage in gross human rights abuses, in a fashion so pervasive and widespread as to potentially implicate the government in crimes against humanity,” says the report from the US House of Representatives Intelligence Committee. “The U.S. must summon the moral courage to condemn these heinous crimes in the strongest terms and rally the world to join.”

The report, based on hundreds of hours of interviews with intelligence officers and thousands of analytic assessments, finds that the intelligence community must change how it does business — not only to improve its insights into China, but also to better address “the growing importance of interlocking non-military transnational threats, such as global health, economic security, and climate change.” The report recommends that spy agencies make better use of open source data, modernize hiring practices and re-orient spending priorities.

“The United States’ Intelligence Community has not sufficiently adapted to a changing geopolitical and technological environment increasingly shaped by a rising China,” the report says. Beijing has “increasingly sought to revise the international order and global norms in a way that furthers its own strategic interests and undermines those of the United States specifically, and the West generally,” it adds.

China is pushing its civil servants, or those of clients and partners, to the helm of U.N. institutions that set global standards, a move that permits Beijing to stifle international scrutiny of its behavior at home and abroad, The Wall Street Journal reports:

Washington has recently attempted to counter this effort at the U.N., cajoling and wooing countries around the world. Those efforts, hamstrung by damaged relationships with partners and allies, have had a limited impact so far….After the Soviet Union fell, these nations expected the U.N. to become a mechanism to promote democracy and human rights. Now, in a dynamic increasingly reminiscent of the Cold War, Beijing’s clout at the U.N. instead helps the Chinese Communist Party legitimize its claim to be a superior alternative to Western democracies.

Beijing has seized leadership roles at the U.N. in a stark instance of what the @ThinkDemocracy calls ‘sharp power’. https://t.co/4vyLpfx13q via @WSJ

In this new Lowy Institute digital feature – China and the Rules-Based Order – seven experts debate Beijing’s goals for the international order and the changes it seeks.

The goal is not necessarily to fundamentally restructure the existing institutions, but for them to serve China’s interests, argues Nadège Rolland, Senior Fellow, Political and Security Affairs, at the National Bureau of Asian Research (NBR), based in Seattle and Washington DC, and a Nonresident Fellow at the Lowy Institute.

There is no mystery around Chinese president Xi Jinping’s global ambitions, says Dr Elizabeth Economy, Senior Fellow at Stanford University’s Hoover Institution and Senior Fellow for China Studies, Council on Foreign Relations. His oft cited “community of shared destiny”, “great rejuvenation of the Chinese nation”, and aspiration to “lead in the reform of the global governance system”, all speak in one form or another to his desire to transform the rules-based order in ways that will align it more closely with Chinese values, norms, and policy preferences.

As Ben Scott, Director of the Rules-Based Order Project, writes, “On the one hand, China could be expected to have a stake in maintaining the existing order, which has provided the stability necessary for the country’s rise. On the other hand, it cannot be assumed that China supports all elements of the current order, which Beijing claims it had no hand in creating”. RTWT

Doubling down on genocide

At a conference of Xinjiang and party officials last weekend, Xi declared that “practice has proven that the party’s strategy for governing Xinjiang in the new era is completely correct,” The Post reports. He ordered more measures to “make a shared awareness of Chinese nationhood take root deep in the soul” of the Uighurs and other Muslim minorities. Mr. Xi is doubling down on genocide.

Economic statecraft, both carrots and sticks, will be an important part of the US approach to China, both enticing and coercing China into US-written global norms, argues David Mortlock,  a nonresident senior fellow with the Atlantic Council’s Global Energy Center.

However, the current piecemeal approach to Chinese imports and specific Chinese companies does little to promote US leadership of international standards and push China onto our preferred path, he asserts. The United States, even if it cannot constrain China’s economic growth, can divert it. By offering the world a better choice of values, business practices, and openness, the United States can beat China in the race to write international norms, and then force China to choose between following our path or facing isolation.

“The Emperor’s New Road: China and the Project of the Century” by author Jonathan Hillman, director of the Center for Strategic and International Studies Reconnecting Asia Project, is the subject of a CSIS webcast discussion with Bethany Allen-Ebrahimian, China reporter for Axios and Matthew Goodman, CSIS chair in political economy.