Western powers called on China on Friday to restore basic legal rights in Hong Kong and open up to scrutiny its remote Xinjiang region where more than one million ethnic Uighurs are held. The rare rebuke of China came at the U.N. Human Rights Council where the European Union, Britain, Australia and Canada were among those voicing mounting concerns about both areas, Reuters reports.

“No state should be above the law, China’s turn has come,” John Fisher of Human Rights Watch told the forum, speaking on behalf of more than 300 activist groups. 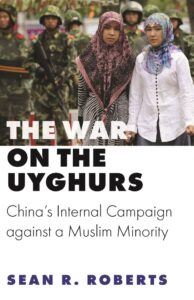 Abdulxukur Abdurixit, a Uighur, urged the council to name a U.N. investigator on his native region, saying: “There is a genocide being committed against my people.”

“My family is held hostage in a Chinese concentration camp. My brother is forced to assemble phone chargers as a slave labourer. Your charger may be among them,” he told Reuters.

Chinese authorities have destroyed or significantly damaged thousands of religious sites in Xinjiang in recent years, according to new estimates by the Australian Strategic Policy Institute, which analyzed satellite imagery, The New York Times reports.

The report identifies 100 more detention sites than previous investigations have shown, based on analysis of satellite imagery, interviews with eyewitnesses, media reports and official documents, the BBC adds:

More than 60 detention sites were worked upon between July 2019 and July 2020, while 14 camps are still under construction, the report said. Around half of the new centres are higher security facilities, which could suggest a shift towards prison-style facilities, report author Nathan Ruser said.

“The findings of this research contradict Chinese officials’ claims that all ‘trainees’ from so-called vocational training centres had ‘graduated’ by late 2019,” he told the BBC.

“I analyzed more than 100 policy papers and documents from the Tibetan authorities and state-media reports for a study published with the Jamestown Foundation this week,” he writes for The Times:

Photos show Tibetans training, wearing fatigues. Official documents outline how Beijing is rolling out for them a militarized labor program much like the one in place in Xinjiang: Tibetan nomads and farmers are being rounded up for military-style classes and taught work discipline, “gratitude” for the Chinese Communist Party and Chinese-language skills.

The Communist regime is conducting what international standards deem to be genocide, National Endowment for Democracy president Carl Gershman told this week’s CEPA forum on Resilience in the Face of Authoritarianism.

Sean Roberts’s timely and important book, The War on the Uyghurs, dissects the emergence and evolution of this claim, how it affected policy in the region, and its relation to the broader narrative of the Global War on Terror, analyst Nick Holdstock writes for the TLS:

Roberts argues that “it has been the international obsession with combating a vaguely defined ‘terrorist’ enemy” that has allowed China “to implement these measures with impunity”. In 2002 China’s claims about Uighur “extremists” received endorsement from the US and other states, as well as from various think tanks and self-styled terrorism “experts”, such as the controversial analyst Rohan Gunaratna, many of whom have appeared to reproduce Chinese propaganda uncritically.

The lasting effect of this has been to delegitimize Uighur dissent and opposition, Holdstock adds. RTWT