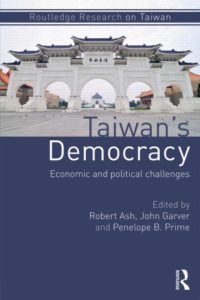 Months after eliminating a popular challenge to its rule in Hong Kong, China is turning to an even higher-stakes target: self-governing Taiwan. The island has been bracing for conflict with Beijing for decades, and in some respects, that battle has now begun, Reuters’ Yimou Lee, David Lague, Ben Blanchard report:

For Xi [Jinping, China’s leader], democratic Taiwan is now the last outpost of resistance to his dream of a unified and rejuvenated China that can displace the United States as the major power in the Asia-Pacific region. Taiwan has remained effectively independent since 1949, when Chiang Kai-shek’s defeated Republic of China government retreated to the island after the Chinese Civil War.

The island democracy is under unrelenting pressure from “authoritarian forces,” Taiwanese President Tsai Ing-wen warned in a speech Tuesday, without going into detail. “Taiwan has been at the receiving end of such military threats on a daily basis.”

Authorities in the Chinese capital have placed a number of prominent rights lawyers and their families under house arrest on Human Rights Day, RFA has learned:

Beijing-based rights attorney Li Heping had been planning to take his children to school and walk the dog as usual on Wednesday. Instead, he found a group of uninvited guests in the form of state security police blocking his exit, according to video footage of the encounter sent to RFA….. Almost simultaneously, rights lawyer Wang Quanzhang and his wife Li Wenzu, were facing a similar situation in the corridor outside their Beijing apartment.

The Chinese Human Rights Defenders‘ (CHRD) network said the world should use Human Rights Day to call the CCP and general secretary Xi Jinping to account for their suppression of citizen journalism and dissenting views of the government’s handling of the coronavirus pandemic, RFA adds.

An intriguing study by Ted Hopf of the National University of Singapore, Bentley Allan of Johns Hopkins and Srdjan Vucetic of the University of Ottawa demonstrates that, even though America’s global favorability ratings have plummeted, there remains strong global support for democracy and free-market economic policies, analyst Hal Brands writes for Bloomberg.

That’s a body blow for an authoritarian, mercantilist China, which, the authors predict, “is unlikely to become the hegemon in the near term.” It also helps explain why European states are systematically turning away from Beijing even amid enormous turbulence in their relations with the U.S., he adds. 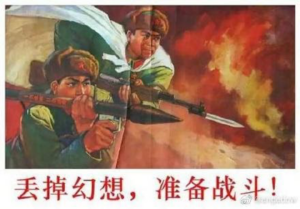 “China has viewed us as an ideological foe since 1989 and even before that. A significant faction of the Communist Party viewed America as an ideological foe, and America only really began to catch on to this sometime near the end of the Obama Administration,” said John Pomfret, the author of “The Beautiful Country and the Middle Kingdom: American and China, 1776 to the Present” and the former Beijing bureau chief for the Washington Post:

Look at, for example, Document No. 9, which was a document that came out at the tail end of the Hu Jintao era and the beginning of the Xi Jinping Administration, which fingered the United States as an ideological foe; talked about these seven viruses of Western thinking, including constitutionalism and a free press and other values that we supposedly hold dear in this society; and basically said, “This is something that is going to be pushed by hostile foreign forces, and we need to be vigilant about this.”

The regime is “reaping the whirlwind” as a result of adopting an aggressive form of “wolf warrior” diplomacy, he told the New Yorker’s Isaac Chotiner.

“I think a significant reason is that people in China manage up, and they’re interested in showing the leadership, which is particularly paranoid and extremely hard line, how strongly they are protecting China’s interests,” said Pomfret. ” I think this is the downside of embracing a belligerent form of nationalism as your ethos and your reason to be. I think that they’re reaping the whirlwind.”

The only possible way forward for U.S. strategy is to exploit the contradictions between the CCP’s two main aims: maintaining economic growth and conducting an expansionist foreign policy, argues Odd Arne Westad, Elihu Professor of History and Global Affairs at Yale University and the author of The Cold War: A World History. One key lesson from the twentieth century that remains valid today is that the United States cannot do any of this without broad cooperation from international allies and friends, he writes for Foreign Affairs:

To counter …Chinese policies, the United States needs to not only have specific strategic and institutional responses. It also, more fundamentally, needs to reformulate an answer to the question of why it should have a strong global position while other powers should wield less influence. For much of the twentieth century, the answer was obvious: the United States was economically, technologically, and militarily preeminent, and it was willing to create alliances and international institutions through which other countries could advance their own interests. Little of this is obvious today.

Going it alone today would  exceed U.S. capabilities, much more so than would have been the case when the Cold War began, Westad adds. Back then, the United States counted for almost 50 percent of global GDP, and it still needed allied support to succeed. Today, the U.S. share is less than half of that, and without a revitalization of the American economy, it is set to decline even further.

A big data program for policing in China’s Xinjiang region arbitrarily selects Turkic Muslims for possible detention, Human Rights Watch reports. A leaked list of over 2,000 detainees from Aksu prefecture provided to Human Rights Watch is further evidence of China’s use of technology in its repression of the Muslim population. The big data program, the Integrated Joint Operations Platform (IJOP), apparently flagged the people on the Aksu List, whom officials then evaluated and sent to “political education” camps in Xinjiang.

The Next Stage of the Ideological Struggle Between the U.S. and China https://t.co/F69mDrJT2M via @NewYorker