A five-year-old Uyghur boy who was left in the care of grandparents because his parents are incarcerated for religious and political reasons was found frozen to death in a ditch in Hotan (Hetian, in Chinese) prefecture in the Xinjiang Uyghur Autonomous Region (XUAR), residents told RFA’s Uyghur Service.

RFA confirmed that both parents of Nesrulla Yusuptohti, who was found frozen to death in a ditch covered with ice and snow on Sunday in Sampul township Hotan’s Lop (Luopu) county, are incarcerated in the region. 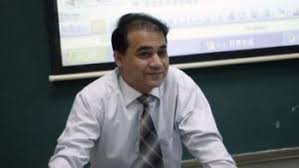 Human rights and democracy advocates have welcomed the award of the European Parliament’s 2019 Sakharov Prize to Uyghur academic Ilham Tohti. The parliament hailed the former economics professor as a “voice of moderation and reconciliation” when it announced the award in October.

“This recognition of Ilham’s work to draw attention to the human rights conditions of the Uyghur people and of his efforts to build understanding between Uyghurs and Han Chinese highlights the gross injustice of his life sentence for ‘separatism,” said the Uyghur Human Rights Project, adding that Tohti’s daughter, Jewher, accepted the prize  on behalf of her jailed father.

In a resolution adopted on Thursday, MEPs strongly condemned China’s detention of hundreds of thousands of Uyghurs and ethnic Kazakhs in political “re-education camps” based on a system of predictive policing.

The Munich-based World Uyghur Congress (WUC) exile group welcomed the European Parliament’s selection of Tohti for the award, which is given to “exceptional individuals and organisations defending human rights and fundamental freedoms,” and includes a prize of 50,000 euros (U.S. $55,500), calling it “a symbolically important act of support for the Uyghur people,” RFA adds.

“This is a huge victory for the Uyghur community and we are grateful to the European Parliament for awarding Ilham Tohti the Sakharov Prize,” said WUC president Dolkun Isa.

Tohti worked at Beijing’s Central Nationalities (Minzu) University as an economics professor and ran the Uighurbiz website, a forum in Mandarin Chinese to discuss economic, social and cultural issues facing the Uyghur people in China, UHRP adds. On January 15, 2014 he was arrested and given a life sentence on September 23, 2014 after a trial that fell short of international standards.

Since 2017, the Chinese government has conducted an intensified campaign of repression against Uyghurs and other Turkic peoples that has included mass internment, harsh sentencing, and forced labor. Recent leaks of Chinese government documents to the International Consortium of Investigative Journalists and The New York Times reveal the Chinese Communist Party’s genocidal intent in East Turkestan through “no mercy” policies.