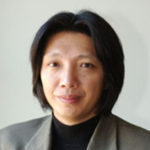 Thirty years have passed, yet China’s Communist Party is only becoming more authoritarian and cruel, notes Xiao Qiang, the Founder and Editor-in-Chief of China Digital Times, a bilingual  website launched in 2003 to aggregate, organize, and recommend online information from and about China.

Many Western experts and politicians used wishful thinking to convince themselves that the wealth of the middle class would transform China from authoritarianism to a democracy. But the reality is that Chinese rulers have taken advantage of their inclusion in the globalized trading process, significantly growing China’s economy under the C.C.P.-controlled state capitalism, but refusing to allow any political liberalization, he writes for a China File symposium on the ‘Other Tiananmen Papers’:

Today, the digitization of Chinese society is turning China into a surveillance state. A new generation of technology, including AI and Big Data, is empowering the state to monitor, control, and manipulate China’s vast population in scalable fashion, with ease and with the capacity to micro-target individuals. Internationally, China is eroding the sovereignty of other countries and aims to change the behavior of these countries so that they are more aligned with China’s preferences. China is also now exporting those surveillance technologies to autocratic regimes around the world, normalizing and enabling a global authoritarianism.