China poses a long-term threat to the United States, to liberal democracy and to the international order,  John C. Rood, undersecretary of defense for policy, told a policy forum in Washington yesterday.

“It’s the way in which China is challenging this international rules-based order, challenging the individual freedoms that we support, challenging the free movement of ideas, and people, trade,” he said at a panel discussion hosted by the Center for European Policy Analysis. “And promoting an authoritarian model, one that doesn’t respect the sovereignty of others, [is] what challenges our way of life.” 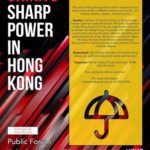 The footage of a  “yellow object” lying on the ground in Hong Kong underlined a harsh reality in this global financial hub, once admired for its legal system and official transparency. With Beijing flexing increasing control of the city’s institutions, and Hong Kong’s leader refusing to allow an independent inquiry into police behavior, the city’s authorities appear not to fear the consequences of violating protocols intended to uphold the rule of law, The Washington Post reports:

The protests represent a challenge to the authority of Chinese leader Xi Jinping, who warned in 2017 that any effort to contest China’s sovereignty over Hong Kong was a “red line.” Although not an independence movement, the protests have come as Xi faces pressure on numerous fronts, from China’s trade dispute with the United States to a slowing economy, rising food prices, a recalcitrant Taiwanese administration, and accusations of cultural genocide against the Uighur people in China’s Xinjiang region.

Observers should not be surprised by the tenacity of the pro-democracy protest movement, according to a leading U.S. lawmaker.

“Any political system is unsustainable that does not derive legitimacy from its own people,” said Sen. Dan Sullivan, R-Alaska. The aspiration to freedom is universal and a U.S. commitment to democracy abroad must be part of any China strategy,” he added, delivering the Heritage Foundation’s annual B.C. Lee Lecture on international affairs (HT: @IRIglobal).

He paid tribute to the work of democracy assistance groups, including the National Endowment for Democracy and its partners, addressing “America’s Indo-Pacific Policy: Prospects During a Critical Time of Change.”

As concern in much of Europe about China’s sharp power has grown, Beijing’s engagement with Serbia, the geographic heart of the Balkans, has increased rapidly, adds Vuk Vuksanovic, a PhD researcher in International Relations at the London School of Economics, who previously worked at the Ministry of Foreign Affairs of the Republic of Serbia. In a recent interview with Reuters, Serbia’s minister of infrastructure Zorana Mihajlović lauded the country’s receipt of almost €5 billion ($5.62 billion) in investment financing and loans from China, while promising a new influx of funds, he writes for War on The Rocks:

China’s motivations for this engagement are straightforward: It sees the Balkans as a key door to Europe’s broader market, and Serbia lies at the geographic and strategic heart of the region…..The forging of a Sino-Serbian relationship is made possible by the fact that China and the Chinese Communist Party remain little understood in Serbia. The public maintains a mostly positive view of China, based on Chinese investment in Serbia’s development and a lack of knowledge about the opaque terms of such deals. The public also is largely uninformed about the Chinese Communist Party and how it exerts influence abroad.

Larry Diamond (above), a senior fellow at the Hoover Institution and at the Freeman Spogli Institute for International Studies, talks about the threat China’s model of authoritarian capitalism poses to liberal democracy in the United States and around the world, the Penn State McCourtney Institute for Democracy adds.  He is the founding co-editor of the Journal of Democracy and also serves as Senior Consultant at the International Forum for Democratic Studies of the National Endowment for Democracy.

The China Forum convenes scholars, experts, and policymakers in the areas of trade and economics, foreign policy and security, and human rights and political development to help Americans understand the nature of the People’s Republic of China, the Chinese Communist Party, and key issues in US-China relations. 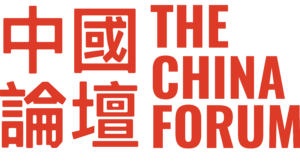 The China Forum is a project of the Victims of Communism Memorial Foundation.