Hungary’s ruling Fidesz party will remain suspended from the European People’s Party, the EU’s conservative umbrella group, EPP chairman Donald Tusk said on Wednesday, extending a year-long standoff with the populist right-wing party. Fidesz’s leader, Prime Minister Viktor Orban, has locked horns with his EU peers over issues such as democratic freedoms and the rule of law, leading to the suspension of his party last March, Reuters reports.

Unlike today’s far-right populists such as Orbán and League party leader Matteo Salvini in Italy, earlier Christian Democrats relentlessly criticized the idea of the nation-state. Owing to their religious perspective, they regarded nation- or state-based claims of sovereignty as a form of hubris, argues Jan-Werner Mueller, Professor of Politics at Princeton University. He is the author, most recently, of Furcht und Freiheit (Fear and Freedom), which was awarded the Bavarian Book Prize. 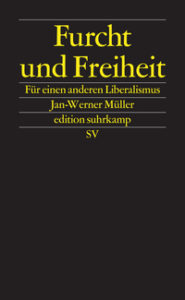 As Giorgio La Pira, one of the founders of Italian Christian Democracy, put it in 1945, the Catholic conception of society is “opposed to every nationalist, racial, or class-based conception of the political order.” Moreover, German and Italian Catholics still remembered how newly unified nation-states had oppressed religious minorities in the late nineteenth century, he writes for Project Syndicate:

Given this suspicion of nation-state sovereignty, it is no accident that Christian Democrats played a critical role in advancing European integration. They endorsed both pluralism and federalism for the sake of dispersing power across the continent, and they were instrumental in creating the European Convention on Human Rights, which was designed to provide a check on the power of nation-states. They saw society as a pluralistic community of communities (not least the family). And they understood that minority rights and civil society – including, of course, religious institutions – must be protected.

It is thus a travesty for today’s self-declared “national conservatives” and far-right populists to claim the mantle of Christian Democracy, adds Mueller, the author of What Is Populism?  The sad, sordid truth is that Orbán and his ilk are trying to wage an EU-wide culture war because they have found this to be an effective way to distract domestic and international attention from the kleptocratic autocracies they have created. RTWT

Indeed, as Stanford’s Larry Diamond observes, “authoritarian populism has an Achilles’ heel in the form of unchecked leaders’ tendency to sink into venality, cronyism, and misrule.”

“There is still an opportunity to renew democratic progress, but a return to first principles and renewed efforts on the part of the advanced democracies will be needed,” he writes for the NED’s Journal of Democracy.

*In his new book, Fear and Freedom – For a Different Liberalism, Müller draws on the insights of  Judith Shklar to formulate a liberalism based on the idea of ​​a life without fear and dependencies.