The autocratic resurgence was a factor in prompting USAID to declare 2020 as the Year of Democracy and launch a campaign called #Democracy Is… in order “to highlight the interlocking and self-reinforcing components that make democracy possible,” USAID Deputy Commissioner Bonnie Glick told the Community of Democracies this week.

“As we know, the Kremlin loves to foster and enrich anti-democratic candidates for office. We know of countries where those candidates have won,” she said. “In others, the Kremlin has been satisfied simply to sow uncertainty and confusion about democracy’s merits and the legitimacy of elections.” 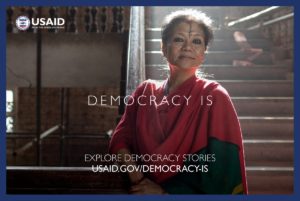 In contrast, USAID’s projects are “not the headline-makers that Russian bots and troll farms are,” she added. “But we are cultivating the very attitudes, institutions, and practices that combine to create the foundation of any successful democracy…. Having more stakeholders in democratic processes boosts resilience.”

In Russia, the rules, institutions, precedents, and other political arrangements that in other countries are the vital ingredients of politics are mostly decorative or irrelevant, CEPA’s Edward Lucas observes. Relations with Putin matter more than relations with anyone else. The central question of Russian politics is the future of the central man in Russian politics: how will Putin stay in power?

‘Democracy 2020: Assessing Constitutional Decay, Breakdown and Renewal Worldwide’ is the focus of a conference at the University of Melbourne, Australia, 10-12 December 2020.

The U.S. Congress funds efforts to bolster democracy abroad as a way to promote American values, national security, and economic opportunity, including efforts aimed at strengthening human rights, independent media, and the rule of law, notes a new report from the Government Accountability Office.

The State Department and U.S. Agency for International Development allocated over $8.8 billion for democracy assistance in fiscal years 2015-2018, coordinating efforts and seeking to avoid duplication, it adds. But State should “do a better job sharing information on its democracy assistance projects internally,” the GAO recommends. following a survey of projects in the DRC, Nigeria, Tunisia, and Ukraine, countries selected because they receive relatively high amounts of democracy assistance funding, among other factors.

The report highlights the work of the National Endowment for Democracy which this week added three new members to its Board of Directors – Liz Shuler, the Secretary-Treasurer of the AFL-CIO; Scott Carpenter, the Managing Director of Jigsaw, a technology incubator created by Google; and Marc F. Plattner, the former NED Vice President for Research and Studies and former coeditor of the Journal of Democracy.

The GAO report coincides with growing pushback against efforts to advance democracy and domestic skepticism – if not isolationism – about engagement abroad. Others caution against forgetting the lessons of history.

“At a time when many Americans balk at the use of force and at internationalism at large, it is important to recall that our efforts at democracy promotion matter,” Tufts University’s Zachary Shapiro writes for The Wall Street Journal. Promoting our values overseas helped us outfox and ultimately defeat the Soviet Union, a historical lesson worth remembering as the U.S. enters a new era of competition with Russian and Chinese authoritarianism, he adds. 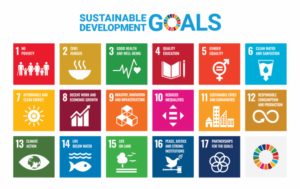 “As we enter the “Decade of Delivery,” Governments have a responsibility to lead the effort to achieve the SDGs but parliamentarians, civil society and, most importantly, citizens themselves have a great opportunity to hold those in power to account,” he wrote for the Westminster Foundation for Democracy.

In fiscal years 2015 through 2018, the National Endowment for Democracy (NED), which provides provides grants to its four “core institutes” – the Center for International Private Enterprise, the International Republican Institute, the National Democratic Institute (NDI) and the Solidarity Center – allocated a total of about $541 million for democracy assistance projects in 100 countries, with 55 percent of its funding for local organizations in countries rated “not free” by Freedom House, the GAO report observes:

“Grantees in the DRC told us that NED worked closely with local partners to identify needs and design programs and that this helped to build the partners’ organizational capacity,” the authors add. RTWT.