The Turkish election results confirm that security and a thriving economy, despite some recent weakness, trump most traditional democratic values, as many nations begin to shrug off their longstanding democratic exteriors, according to David A. Andelman, visiting scholar at the Center on National Security at Fordham Law School and director of its Red Lines Project.

Professor David Law of Washington University in St. Louis and research partner Mila Versteeg of the University of Virginia Law School concluded some time ago that the American Constitution is no longer the model for most nations seeking to write a new document for themselves, he writes for CNN:

Instead, many have looked to the Canadian constitution, with its respect for basic human rights and human values and a social and political system that more closely represents a vision of the world that they would like to see their government embrace….For as Versteeg observed, “Whoever controls the political landscape controls the constitutional convention.”

U.S. engagement in the world has been driven not by the desire to advance liberalism abroad or to build an international order but by the need to do what was necessary to preserve liberal democracy at home, according to Graham Allison, Professor of Government at the Harvard Kennedy School.

The overriding challenge for American believers in democratic governance is thus nothing less than to reconstruct a working democracy at home, he writes for Foreign Affairs:

Fortunately, that does not require converting the Chinese, the Russians, or anyone else to American beliefs about liberty. Nor does it necessitate changing foreign regimes into democracies. Instead, as Kennedy put it in his American University commencement speech, in 1963, it will be enough to sustain a world order “safe for diversity”—liberal and illiberal alike. That will mean adapting U.S. efforts abroad to the reality that other countries have contrary views about governance and seek to establish their own international orders governed by their own rules.

“[M]isconceptions about the liberal order’s causes and consequences lead its advocates to call for the United States to strengthen the order by clinging to pillars from the past and rolling back authoritarianism around the globe,” Allison contends. “Yet rather than seek to return to an imagined past in which the United States molded the world in its image, Washington should limit its efforts to ensuring sufficient order abroad to allow it to concentrate on reconstructing a viable liberal democracy at home.”

Such skepticism about democracy promotion is in vogue, says analyst Paul Berman, as a growing number of experts suggest that “we in the Western democracies would be foolish to take any additional risks or make any more efforts to promote the spread of 1989-style liberal-democratic revolutions in the future,” he notes. “And if some of the original liberal revolutions from the era of 1989 get rolled back, as does seem to be happening, we should not allow our indignation to get the better of us. We should look, instead, to our own stability,” Berman writes for the Tablet: 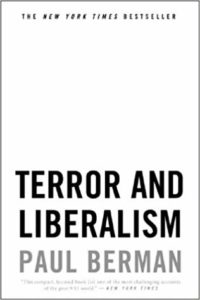 The Atlantic alliance was not supposed to be the Hanseatic League. Their idea was to establish and solidify a democratic civilization. The purpose was to guarantee that nothing like the Nazis of the past would ever again emerge, and to fend off the totalitarianism of the Soviet Union in the present. And the purpose was to promote the kinds of social principles that could be agreed upon by social democrats and progressive conservatives.

“If somewhere a hero of worldwide democratic civilization is quietly lurking…if somewhere there is a revitalizer, a thoughtful champion, a democratic militant—the hero’s whereabouts have yet to be revealed,” Berman adds.