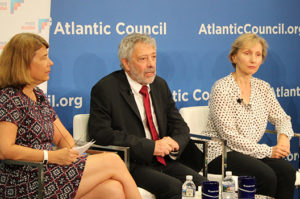 Russia is using the same disinformation playbook to sow doubt about the attempted assassination of Sergei Skripal and his daughter as it did in the case of Alexander Litvinenko’s death, Marina Litvinenko, the slain Russian intelligence officer’s widow, said at the Atlantic Council in Washington on September 11.

The U.S. administration is preparing a new executive order to allow sanctions of foreign citizens suspected of election interference, while the U.S. congress is also taking measures to counter ‘active measures’ by Russia and other foreign entities.

The 2019 European elections could be hit by a spate of cyberattacks, which could even prevent the European Parliament from convening, a new report from the Estonian Information System Authority has warned. The report coincides with calls to bring election rules up to speed with the digital age to protect European democracy.

“Cyberwar is the continuation of kinetic war by plausibly deniable means,” she writes for Foreign Policy. “Without a global consensus on what constitutes cyberwar, the world will be left in an anarchic state governed by contradictory laws and norms and vulnerable to the possibility of a devastating war launched by a few anonymous keystrokes.”

Two “megatrends”—globalization and technology—are primarily responsible for weakening public support for democratic values, according to Madeleine Albright, chair of the National Democratic Institute, a core institute of the National Endowment for Democracy. “Faceless” globalization is making people “feel that they have no identity,” she told the Brookings Institution. Technology, meanwhile, disaggregates people’s voices and enables both the rapid spread of disinformation and organization of non-democratic movements, such as the Muslim Brotherhood. 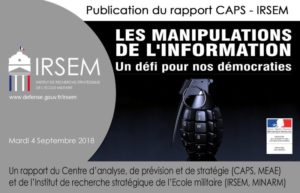 By providing a taxonomy of different forms and levels of state involvement in election interference, a new report – Defining Russian Election Interference: An Analysis of Select 2014 to 2018 Cyber Enabled Incidents – gives a guide to the recent history of election influence and interference, writes Damon Wilson, Executive Vice President of the Atlantic Council. From there, it posits what norms and tactics have emerged as commonalities in the behavior of nation-states, asking: How will the toolsets and norms we currently see in play shape nation-state use of technology in the future?

If there is a single lesson from cyber activity over the last decade, it is that states must have a common lexicon in order to respond to cyber threats, argue report authors Laura Galante and Shaun Ee of the Atlantic Council’s Asia Security Initiative and Cyber Statecraft Initiative. They propose a list of terms which captures several of the actions commonly observed in modern cyber and information operations: 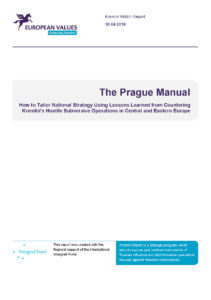 The report makes several recommendations, including: 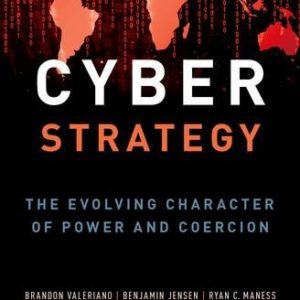 The scope of Russia’s efforts to undermine democracy is broad, and there is limited indication that Russia is deterred by any of the policy measures that have been undertaken to date, said Elizabeth Rosenberg, Director and Senior Fellow Energy, Economics, and Security Program with the Center for a New American Security.

Congress has used coercive economic and financial measures to push back against this malign activity, but those tools must be used wisely, in conjunction with other financial, diplomatic, and military tools, and in coordination with allies, she said in testimony before the Senate Committee on Banking, Housing, and Urban Affairs, outlining financial transparency measures to push back against the flow of Russian money into the financial system.

The political willingness to use sanctions tools in a sustained and coherent fashion, together with high-level signaling expresses resolve to change Putin’s behavior, argues Daleep Singh, Nonresident Senior Fellow with the Atlantic Council’s Global Business and Economics program. Escalation can take two general forms: increasing the scope of existing sanctions to cover a broader set of targets, or deepening the scale of impact on any particular individual or institution. Sanctions can go broader, deeper, or both, he contends, proposing an illustrative set of options: