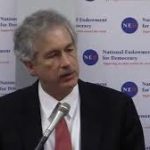 The coronavirus crisis could still help restore democratic leadership in the world, says William Burns (left), a distinguished veteran of the U.S. State Department and National Endowment for Democracy (NED) board member.

But shocks like the pandemic can clarify as well as accelerate. With brutal impact, they give us a chance to diagnose our challenges with clear eyes, he writes for the Wall Street Journal. The test for American statesmanship will be to resist the temptation to pull up the drawbridges and retreat, as well as the illusion that we can restore the easy dominance we once enjoyed.

Illiberalism and economic mismanagement have been exacerbated under Turkish President Recep Tayyip Erdogan’s one-man regime in ways that are now fully exposed by the novel coronavirus, notes Asli Aydintasbas, a senior fellow at the European Council on Foreign Relations.

The Turkish case violates what political scientists call “the authoritarian bargain,” she writes for The Washington Post. Authoritarian regimes can sustain power not only through repression but because, like the Gulf countries, they distribute resources to citizens. In Turkey, we seem to get neither the money nor the democracy — which is why the current model is not sustainable. Our society is far more advanced than this outdated system.

Some East Asian democracies appear to have done even better than China so rather than thinking in terms of the relative performance of authoritarian states and democracies, perhaps instead we should be asking what we in Europe can learn from East Asian democracies, notes Hans Kundnani, Senior Research Fellow in the Chatham House Europe Program: @hanskundnani 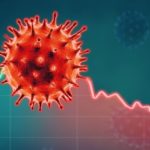 However, while the relative success of East Asian democracies may have something to do with this recent experience of epidemics, it may also have something to do with the kind of democracies they are….. it could be that East Asian democracies have a kind of ‘authoritarian residue’ that has helped in the initial response to this crisis. South Korea and Taiwan are certainly vibrant democracies – but they are also relatively new democracies compared to many in Europe. As a result, citizens may have a different relationship with the state and be more willing to accept sudden restrictions of freedoms, in particular on movement, and the use of personal data – at least in a crisis.

In that sense, the pandemic may be a challenge not to democracy as such but to liberal democracy in particular, he suggests.