As the World Health Assembly (WHA), the decision making body of the World Health Organization, gathers virtually today for its annual conference, more than 120 countries have signed a draft resolution calling for an “impartial, independent and comprehensive evaluation” of the international response to the pandemic. Australia, the resolution’s sponsor, angered Beijing by its call for an inquiry—although the text of the document does not mention China, Foreign Policy reports:

The assembly is expected to vote on allowing Taiwan to participate as an observer. Taiwan’s coronavirus response has been exceptionally effective, and its government is keen to share lessons with the rest of the world. The vote will be a key indicator of how effective the U.S. campaign to drum up support for Taiwan has been and how unafraid countries are of a reputationally-wounded China…. In a letter obtained by Foreign Policy’s Colum Lynch, China registered its disapproval of the U.S. campaign and called on WHO Director-General Tedros Adhanom Ghebreyesus not to bring up Taiwan at the WHA.

Former Australian Labor MP Michael Danby (above) says the Morrison government has “led the way since we repudiated the extradition treaty with China” and is now doing the right thing by pushing for an independent COVID-19 inquiry. Mr Danby told Sky News host Chris Kenny it is in China’s interest to develop a “more robust World Health Organisation,” one which is not necessarily “controlled by some of the people so close to them”. He said the international community know it was China who “ruined the health of hundreds of thousands of people, and ruined the world economy”.

Presented with growing doubts about democracy’s ability to deal with the pandemic on the one hand, and the seeming ability of a totalitarian China to address the crisis on the other, Australia unexpectedly, if only briefly, ditched ideology and returned to its best traditions of communality and fairness, adds novelist Richard Flanagan, who won the Man Booker Prize for “The Narrow Road to the Deep North.”

While the world searches for a vaccine for the virus, the vaccine for its coming crises — not least among them climate change — is perhaps hiding in plain sight: unite, listen and act with all, for all, rather than special interests. Perhaps this is the future, the only future, and not just for Australia, but for any democracy seeking to hold through this new, terrifying age, he writes for the New York Times.

As the European Union struggles to agree on a joint response to the coronavirus crisis, calls for solidarity are colliding with the reluctance of wealthier northern states to come to the aid of struggling states in the south. And yet, these so-called northern frugals — which includes Germany and the Netherlands — seem perfectly content to finance autocratic, anti-democratic governments in Hungary and Poland, according to R. Daniel Kelemen, professor of political science and law at Rutgers University, and Jacob Soll, professor of philosophy, history and accounting at the University of Southern California.

This hypocrisy — claiming “moral hazard” when it comes to Southern Europe, but continuing to shower generous subsidies on governments flouting democratic values — is sending messages that could undermine European integration for a generation, they write for Politico:

In March, just as the regimes in Poland and Hungary were taking new steps to dismantle the rule of law and democracy, the EU announced plans to redirect unspent structural funds to the coronavirus response, sending Poland an influx of €7.4 billion and Hungary €5.6 billion. Meanwhile Italy, which was burdened with far more COVID-19 cases and deaths, received only €2.3 billion. It is high time the EU gets its priorities straight. A Union that imposes austerity on democrats while it subsidizes autocrats sets itself on a road to perdition. 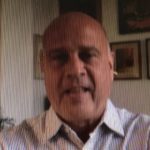 The Hudson Institute hosts a webcast, beginning at noon, on “The Strength of Democracies: The Atlantic Relationship During COVID-19.”

Amid this crisis, what opportunities might exist, if any, to advance democratic freedom around the globe and to develop new forms of technological and social innovation?

Join the Tikvah Fund for a conversation with General David Petraeus, former Commander of U.S. Central Command and former Director of the CIA, as we assess the fault lines, threats, and opportunities of the current moment and beyond. General Petraeus will be interviewed by Vance Serchuk, Executive Director of the KKR Global Institute and former senior advisor to Senator Joe Lieberman.

Tell Me How This Ends: The COVID Pandemic and Its Geopolitical Implications
General David Petraeus
Monday, May 18, 2020 | 7:30 PM EDT
CLICK HERE TO REGISTER